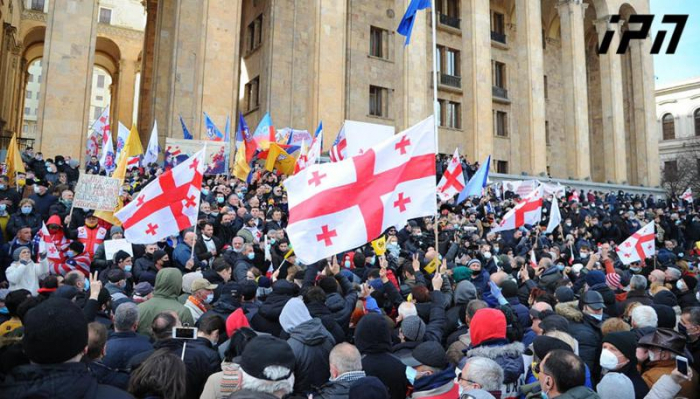 The rally organized by the opposition parties in front of the parliament was opened with the anthem of Georgia.

Prior to the demonstration in front of the parliament, opposition leaders and their supporters held a "March for Freedom" in support of Nika Melia.

At today's rally, opposition leaders will once again voice their demands and present action plans to the public.