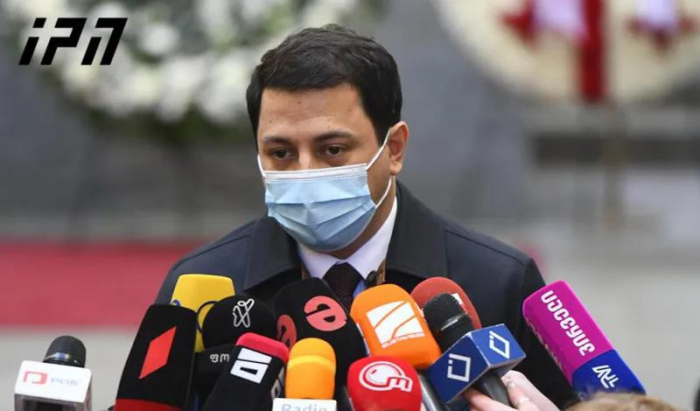 No sanctions have been initiated, there has been no communication on this issue by our partners, Parliament Speaker Archil Talakvadze told reporters when answering a question of whether they expect sanctions from foreign partners.

He said the ruling party had intensive communication with international partners.

"Objective information on all interesting issues will be provided in the coming days as well. We continue to communicate. Believe me, no radical political group in Georgia can pose a threat to Georgia's European and Euro-Atlantic integration. This is a common national issue, it is not up to any political party. It is written in the constitution and no one can pose any threat to it.

Sanctions have not been initiated, there has been no communication on this issue by our partners. I understand that this radical wing of the opposition today is trying to damage the image of its own country, trying to cast a shadow on the government, including in the eyes of our partners, but trust me, the Western society and our strategic partner, the US, is not a state that relies on letters from any opposition. As I told you, we have communication, they had questions and we will provide information in the coming days as well. They had questions about this legal case {the case of Nika Melia}, they had questions about whether it is possible to reach an agreement. We have communication with our partners on all issues," said Archil Talakvadze, adding that the ruling party has communication with both ambassadors and colleagues in the EU and the US and they will be provided with additional information in the coming days.