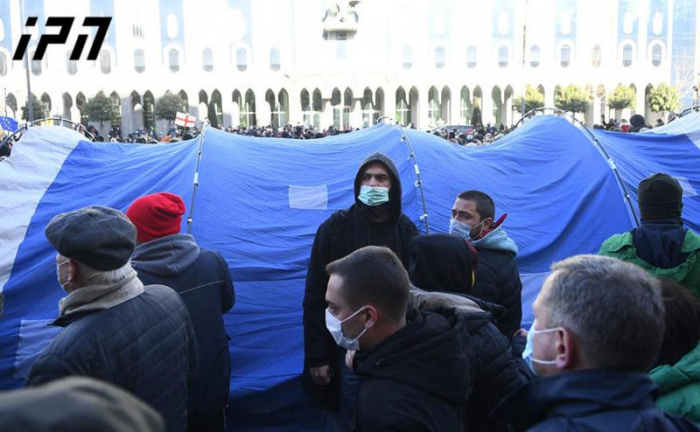 Demonstrators have blocked Rustaveli Avenue near the parliament building and met the above with applause.

Opposition leaders gathered together with citizens in front of the governmental administration at 15:00 and marched to the area in front of Parliament building, where they put up a tent and are protesting against the arrest of Nika Melia.

Nika Melia was arrested at the party headquarters today. The special operation started at dawn. Before arrest, the law enforcers sprayed the so-called pepper spray in the room and evacuated the party office, where party leaders, as well as representatives of other opposition parties had been defending Melia for several days.