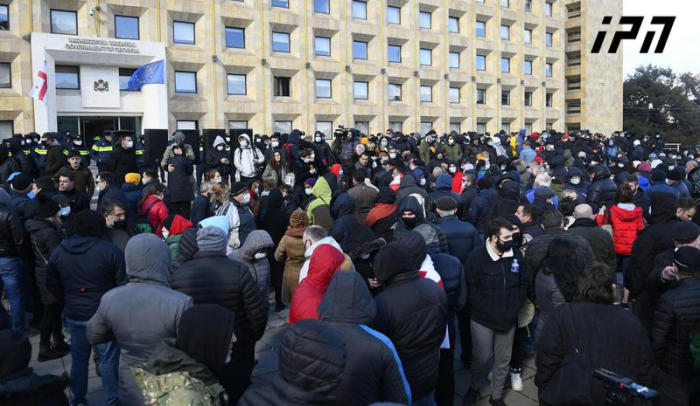 A protest rally is being organized by opposition parties in front of the governmental administration. The organizers opened the rally with the Georgian national anthem.

Opposition leaders say they have two main demands - release of Nika Melia and early elections. According to them, they will announce the future plans of the opposition at today's rally.

Law enforcers are mobilized nearby the rally.

Nika Melia was arrested at the party headquarters today. The special operation started at dawn. Before arrest, the law enforcers sprayed the so-called pepper spray in the room and evacuated the party office, where party leaders, as well as representatives of other opposition parties had been defending Melia for several days.