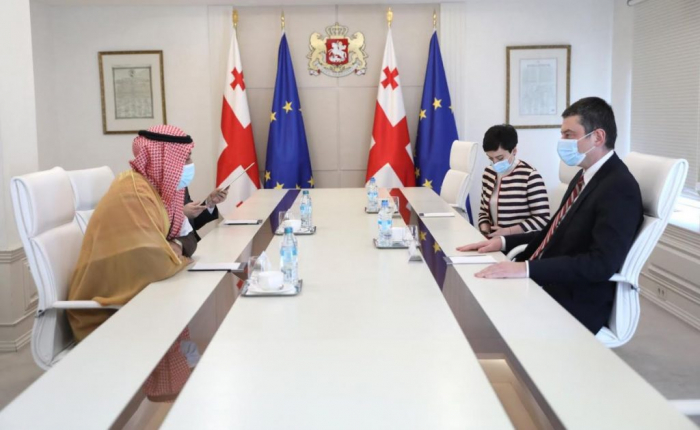 According to the Press Service of Prime Minister, the Ambassador Extraordinary and Plenipotentiary of the Kingdom of Saudi Arabia, Abdullah Almutairi conveyed the official congratulations of the King and Hair of the Throne to the Head of the Georgian Government during the meeting at Governmental Administration on Wednesday.

“I reaffirm my desire to strengthen cooperation for the benefit of our countries. I wish you health and happiness, and prosperity and welfare to the Georgian people,” reads the congratulatory message.

The PM and Ambassador talked about the latest positive dynamics in trade-economic relations and underlined on a bigger potential in that regard.