Nuclear blackmail of Armenian nationalists. Metsamor NPP should be urgently closed and taken under international control! 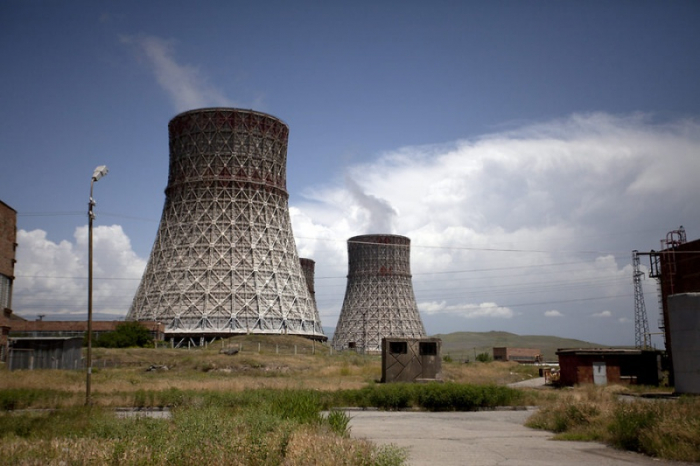 “Kavkaz Plus” has repeatedly written about the mortal danger for the entire region of the South Caucasus posed by the extremely outdated and emergency super-dangerous Metsamor nuclear power plant in Armenia. And an even greater danger is the manic plans of the Armenian nationalists to acquire either nuclear weapons or a "dirty bomb" in order to strike at neighboring countries.

Georgia is also under attack here. To Tbilisi from Metsamor - 200 kilometers in a straight line. And if the Armenian terrorists create a "dirty" bomb, then they may well transfer its components illegally to the territory of Georgia. Moreover, the Armenian "couriers" were detained many times while trying to smuggle radioactive substances into the territory of Georgia.

In addition, it is known that recently, despite the closed Armenian-Georgian border, separatist militants from Samtskhe-Javkheti illegally crossed from Georgia to Armenia in order to fight in Azerbaijan Karabakh on the side of the invaders, and after the defeat of the Armenian aggressors, those of these mercenaries, those who survived again moved to Georgia.

The Metsamor nuclear power plant should be immediately closed and taken under international control, together with the spent nuclear fuel storage. Leaving such a dangerous facility in the hands of the deranged and obsessed with the revenge of the Armenian authorities is mortally dangerous for the entire region.

Confirmation of the radioactive danger emanating from Armenia and Armenian nationalists is Tevos Arshakyan's recently published material on the ArmenianReport website under the heading “Radioactive charge to contain Azerbaijan and Turkey” (https://armenianreport.com/ru/pubs/270083/) and with an eloquent note “ Inspiration by ArmenianReport "and the subtitle" We may need a nuclear bomb with a small charge of power in the near future. " We give it in full:

“The National Assembly of Armenia has long ceased to command respect in our society. After October 27, 1999, it turned into a feeding trough for all kinds of crooks and stuck, thinking only about their pocket, but not about the people and the country. It was all the more surprising today to hear sensible reasoning from at least one "people's choice" who thought about saving the Armenian states and returning the territories taken from us.

We are talking about the head of the Commission on Regional Issues and Eurasian Integration, MP from the Prosperous Armenia Party Mikael Melkumyan, who asked the Deputy Minister of Territorial Administration and Infrastructures Hakob Vardanyan whether the radioactive waste remaining after the operation of the Armenian NPP can be used in the military purposes, say, to improve the country's defense and increase the capabilities of the self-defense system.

Of course, these are just timid attempts to voice what has been in the minds of many of our fellow citizens and the military for so long. But after the aggression of Azerbaijan against Armenia and Artsakh, when we had to confront the regular armies of Azerbaijan and Turkey, as well as hordes of mercenaries from Syria, Pakistan, and Israel, many of us realized that alone and with the conventional weapons we have, the Armenian states simply cannot stand. And one of the options for our survival lies precisely in the appearance in our arsenal of such a powerful deterrent weapon as radioactive waste from the Armenian nuclear power plant, with the help of which we could create charges of low and medium power. As they say, the rescue of a drowning man is the work of the drowning man himself.

The autumn aggression and occupation of a part of the Armenian territory by Azerbaijan and Turkey showed that the world, as a whole, remained indifferent to this. Our closest allies - Russia and France - did not help us. But this does not mean that all political and military forces in these countries were on the side of the Azeris and Turks. It was just that the top management decided. However, now and there the understanding is coming that their indulgence in Erdogan is hurting their interests in the region. And it is here that Mikael Melkumyan's thoughts may well be realized in practice.

Of course, there are plenty of physicists and specialists in nuclear technology in our country. We also have money (I think that Diaspora will not be stingy here). But we must admit that our forces and capabilities alone will not be enough to create an effective nuclear weapon, which we need so much to contain Baku and Ankara. And, it is quite obvious that the relevant specialists in Moscow and Paris, in order to make amends to the Armenians, will help us in this matter. Fortunately, the Russians and the French have vast experience in nuclear energy and weapons. You just need to actively work with Diaspora and Yerevan in this direction.

At the same time, no one in Armenia and Artsakh agreed with the loss of territories. Only Pashinyan and several of his hangers-on in power can accept this, but not the entire Armenian people. This means that we may need a nuclear bomb with a small powder charge in the near future. With the help of these bombs, if the occupied territories are not returned to us, we can calmly turn the Azeris and their mercenaries into dust and forever discourage anyone from the very idea of ​​attacking the Armenian states. So, stop pulling your hair out and lamenting, we lost the battle, but not the war. If from Melkumyan's words we get down to business and get nuclear weapons, then we will have a short conversation with the invaders. "

In Armenia, openly, and from the rostrum of the parliament, they call for the possession of nuclear weapons with the aim of revenge in Karabakh. And such calls are met with "delight" in the nationalist media.

But the fact of the matter is that the Armenian aggressors may not be able to get “revenge for Karabakh” even with a “dirty” weapon. Turkey, as a NATO member, has unequivocally made it clear that it will rigidly prevent new aggression against Azerbaijan, and that Azerbaijan will have enough strength and capabilities to stop the aggressor. A "dirty bomb" in the hands of Armenian nationalists poses a mortal threat to all living things in the Caucasus, and with their crazy actions, they can turn huge territories into a radioactive desert.