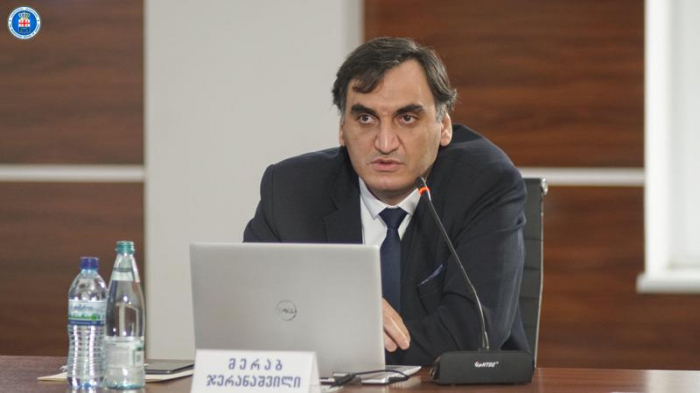 Merab Jeranashvili, Deputy Prosecutor of Tbilisi, has become the new Chairman of the Prosecutorial Council. He was unanimously elected by the members of the Council by secret ballot with 13 votes.

The new chairman will head the Prosecutorial Council for a two-year term. At the session of the council, the members nominated only one candidate - Merab Jeranashvili. The term of office of the incumbent, Nana Khunjua, expires tomorrow, January 16. The Prosecutorial Council consists of 15 members elected in accordance with the rules established by the organic law, however, 13 members were present at today's session.

For information, Merab Jeranashvili has been working in the Prosecutor's Office since 2009. After successfully completing a one-year internship program, he was appointed Prosecutor of the Investigation-Procedural Management Department at the Ministry of Finance, Environment and Natural Resources, where he worked until 2014. In 2014-2016 he was the Deputy Head of the Investigation Procedural Supervision Department of the Chief Prosecutor's Office of Georgia at the Ministry of Finance, and from 2016 until today, he has been the Deputy Prosecutor of Tbilisi.