Director of Novosibirsk Theater: We agreed that it was a matter of principle for me that she was a Russian ballerina; she thought for a long time and finally signed documents 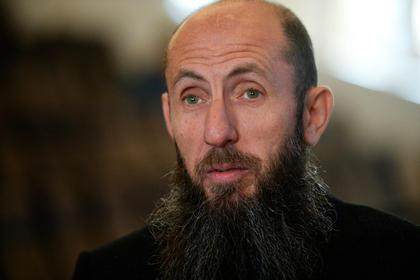 Nino Ananiashvili named something else as a motive for her decision to come to us and not what we had talked about. You know,you cannot start working like this: a small lie leads to a big lie. Human qualities are important to me first, then professional," Vladimir Kekhman, artistic director of the Novosibirsk Theater, said in an interview with Russian media, where he spoke about the termination of the contract with Georgian prima ballerina Nino Ananiashvili.

According to him, there is a certain tradition and a certain agreement, and Nino Ananiashvili violated this agreement and gave an interview.

"Unfortunately, it is an unpleasant story," Kekhman said.

According to him, he arrived in Tbilisi in February last year to meet with Nino Ananiashvili.

"I was introduced to her almost a year ago by Makhar Vaziev. In February last year, we flew to Tbilisi specifically to get to meet her. Considering all the risks, I asked Nino and we agreed that it was a matter of principle for me that she was a Russian ballerina. She thought for a long time. Finally we actually negotiated and she signed the documents. Nino Ananiashvili arrived in Novosibirsk at the end of December, visited the theater, which left a great impression on her. Then she arrived in St. Petersburg and we discussed every step. We have agreements with creative people that stipulate that any PR and activity must be agreed with the theater’s artistic director, or general manager. This is part of the contract," the artistic director of the Novosibirsk Theater said and added that the interview given by Nino Ananiashvili was an expression of disrespect to the theater team.