The "Javakhk" separatist was appointed at the post of the Minister of Defense of Armenia. 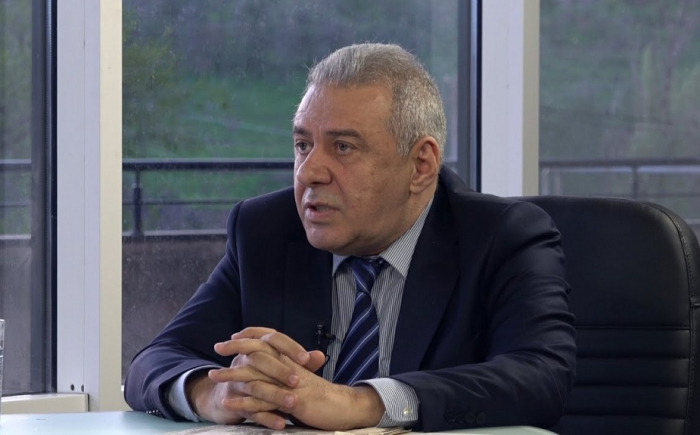 There are great changes in the government of Armenia. On November 19, Ara Ayvazyan was appointed the new Minister of Foreign Affairs of Armenia instead of retired Zohrab Mnatsakanyan.

On November 20, Vagharshak Harutyunyan, who had previously served as Prime Minister's Chief Military Advisor Nikol Pashinyan, was appointed Minister of Defense instead of David Tonoyan. Let us remind that Harutyunyan was already the Defense Minister in 1999-2000. Andranik Piloyan replaced Felix Tsolakian, who had previously been dismissed from the post of Minister of Emergency Situations. Mesrop Arakelyan was appointed as the new Minister of Labor instead of Zara Batoyan.

Of course, the key personnel change was the appointment of Vagharshak Harutyunyan, Minister of Defense of Armenia. He is known, first, for his vividly expressed pro-Russian orientation and, second, for his irreconcilable hatred for Georgia. That was manifested in particular by the fact that Vagharshak Harutyunyan had called on Armenia to join the war against Georgia in 2008.

When Vagharshak Harutyunyan was the Minister of Defense in 1999-2000, it should be recalled that Russian-Georgian relations sharply deteriorated. Many talked about the possibility of Russian troops invading Georgian territory under the pretext of fighting the mythical 'terrorists in the Pankisi Gorge'. But that was just a pretext. In fact, the Armenian separatists were preparing to make a speech in Samtskhe-Javakheti, where a Russian military base was then located. Only by a miracle was it possible to avoid Russian aggression and separatist rebellion, which the convinced Javakheti separatist Vagharshak Harutyunyan was preparing through Armenian intelligence and the "fifth column" in Georgia.

When the Russian aggression against Georgia took place in 2008, Vagharshak Harutyunyan was in opposition to the authorities in Yerevan and therefore could not influence Armenia's position in that conflict. But he did his best to get Armenia to openly take Russia's side against Georgia.

The appointment of Vagharshak Harutyunyan is not good for stability in the South Caucasus. Suffice it to recall his words from an interview he gave to slon.ru in 2009 under the eloquent title "The U.S. and Turkey have the common interests - the maximum ousting Russia from the region". ( https://web.archive.org/web/20100317223303/http://www.slon.ru/articles/166795/#1 )

Here is an extract:

If Turkey fails to solve the maximum problem - to force Russia out of Transcaucasia - it wants to solve another problem: to create a corridor connecting Nakhchivan with Azerbaijan. And she wants to do it in the following way: first, return 7 or 5 districts to Azerbaijan, and then the other two districts around Karabakh controlled by Karabakh armed forces, and then discuss the issue of Karabakh's connection with Armenia. So, it turns out that we give up 7 districts, and Karabakh remains an enclave. Even if everything goes according to the scenario that suits our interests and Karabakh remains independent, the question arises - what should be its connection with Armenia and who will control it. And a mine has already been laid here. The question will already be raised that Azerbaijan through Meghri should have the same corridor with Nakhichevan as Karabakh through Lachin with Armenia. The question will be raised about Karabakh: do you want to have a connection with Armenia? But Nakhchivan also wants to have a path connecting it to Azerbaijan. Do you want the Lachin corridor to belong to Armenia? So, Meghri corridor should belong to Azerbaijan. And if you compare them by importance, they are absolutely different categories. Lachin corridor is a connection between Karabakh enclave and Armenia, while Meghri corridor is a change in geopolitics. - Harutyunyan stated then. And in the same interview he was very glad that "Azerbaijan was very scared after the war in South Ossetia".

Harutyunyan is a "party of war" (and now it is a "party of military revenge") and is aimed at ensuring that Russia conducts wars in the South Caucasus in Armenian interests. Among other things, it has "beaten its own". And for the Russians, the Orthodox Georgian people are "their own," so that they "fear others. Vagharshak Harutyunyan, too, was initially categorically against a peace agreement on the Karabakh settlement, with Azerbaijan being given a "corridor" to Nakhchivan, as seen from his statements. This means that he will do everything to prevent the implementation of the agreement of November 10, up to armed provocations.

But in the event that the same Vagharshak Harutyunyan and other provocateurs set out to launch a "big war" in the South Caucasus, the Russian group will not be able to operate in Armenia and Azerbaijani Karabakh without a "corridor" or a corridor through Georgia. That is why there is a great danger that Vagharshak Harutyunyan will do anything for a military corridor through Georgia, with Samtskhe-Javakheti separating from it. The fact that both the General Staff of the Armenian Armed Forces and the Armenian security services will now be working in that anti-Georgian direction cannot be underestimated.