Attorney Shota Gorgadze's to the Armenian diaspora: “Arsen Melkonyan is a murderer! And I will do everything to make him suffer the most severe punishment" 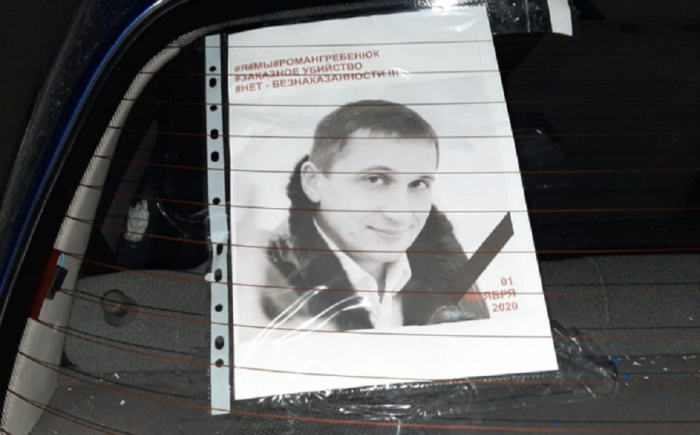 It seems that the large and wealthy Armenian diaspora in Russia already understands that the Azerbaijani Karabakh cannot be held by Armenia, but is determined to build “another Armenia” in the south of Russia and in the occupied Georgian Abkhazia. And for this, the Armenian thugs, in fact, begin unpunished terror against other peoples of the Russian Federation, including the Russians.

The goal is clear - to make Russians fear the Armenians, to make them understand who is the "boss" in the south of the Russian Federation. Taking into account the fact that soon there will be "unfinished" militants and terrorists from "Artsakh" here, the situation is really difficult for the Russian people.

The Armenian lobby has "subjugated" everything that is possible - the local authorities, the police, the judicial system. It is not easy for a Russian person to find the truth. And this is fraught with the fact that the Russians will become “superfluous” on their land, just as the Azerbaijanis in the territory of the Armenian SSR and in the occupied by Armenia Karabakh and the Georgians in separatist Abkhazia became “superfluous” on their historical lands.

Recently, Volgograd was stirred up by a high-profile murder. 30-year-old Arsen Melkonyan watched Sberbank employee Roman Grebenyuk and hit him several times in the face and head with brass knuckles. For more than a week, doctors fought for Roman's life, but Roman Gribenyuk died from injuries from those entrusted by the "great Armenian warrior" who secretly attacked the unarmed man. His 12-year-old daughter remained an orphan.

After the police detained Arsen Melkonyan, a large and influential Armenian diaspora immediately stood up for him, declaring the murderer's “innocence”. Considering that on the eve of the Pashinyan regime in Yerevan, Grigor Ohanyan, the owner of the Beer House restaurant near Moscow, who was wanted in Russia as a participant in the murder of former special forces soldier Nikita Belyakin by a crowd of Armenians on June 1, 2019, was released from custody by the Pashinyan regime in Yerevan, the situation was really ominous.

It turns out that the "long-suffering" Armenians can kill Russians on their land with impunity? As earlier they killed Azerbaijanis in Karabakh and Georgians in Abkhazia.

At the same time, it is known to what humiliation and humiliation the Armenian lobby in the Russian Federation and occupied Abkhazia subjected the Georgians at any opportunity. Just the absolutely illegal deportation of ethnic Georgians by "cattle planes" in 2006, organized largely by the efforts of the Armenian lobby. And in defending property rights to real estate in occupied Abkhazia, Georgians who apply to Russian courts are faced with flagrant discrimination. The "Armenian friends" gave an unspoken instruction to slow down such cases in every possible way. The goal is clear - under no circumstances should Georgian refugees, even those with Russian citizenship, appear in separatist Abkhazia because their houses and apartments were occupied by representatives of the “ancient people”.

But ethnic Armenians in Russia get away with many crimes. And there was a high probability that the murderer Arsen Melkonyan would get away with his crime.

However, the efforts of the Armenian diaspora to "shield" their fellow tribesman collided with the principled position of the lawyer of the relatives of Roman Grebenyuk, a member of the Human Rights Council under the President of Russia Shota Gorgadze.

In response to the savage pressure and intimidation from the Armenian diaspora, Shota Gorgadze published his response to the representatives of the "ancient cultural people" in a Telegram. We give it in full:

“From now on, I represent the interests of the victims in the criminal case against Arsen Melkonyan, who killed Roman Grebenyuk in Volgograd because of the correspondence in the parent's chat. The killer did not care that Roman alone supports and brings up a twelve-year-old daughter, who was left an orphan after her father's death. The killer imagined himself unrealistically tough when he took knuckle dusters and began to inflict one after another fatal blow to the head of Roman, leaving him no chance for life.

Roman died yesterday. His daughter was left without parents. And precisely in the name of this child, listen carefully to me all those who will try to stand up for Arsen Melkonyan and his accomplices (and in the dock, I am convinced, there should be not only him alone):

2. Diaspora - do not even try to conduct a dialogue with me in order to ease the pressure. Neither threats, nor other methods, do not even try! Better think about how to provide for a child before her eighteen years old so as to wash away the stain of shame!

3. Local UK - I will not let the red tape! This week I will address the deputies of the State Duma of the Russian Federation and I am sure that my appeal will not go unnoticed. I will do everything so that this case is under the special control of Alexander Bastrykin! Considering my experience of interaction with the leadership of the RF IC, I am convinced that the head of the Investigative Committee will once again show concern!

Arsen Melkonyan is a killer! And I will do everything so that he would suffer the most severe punishment, and Roman's child did not need anything financially. Her father's love and care can never be returned to her! But she definitely won't need it. I give you my word! " End of post.

It remains to wish Shota Gorgadze truly courage and steadfastness in upholding the truth. Russia should not turn into a zone of unpunished "Armenian terror" against people of other nationalities. Including against the Russians themselves.