In principle, not a single Georgian will help the enemies of Georgia in the South Caucasus - separatists of any suit and color! 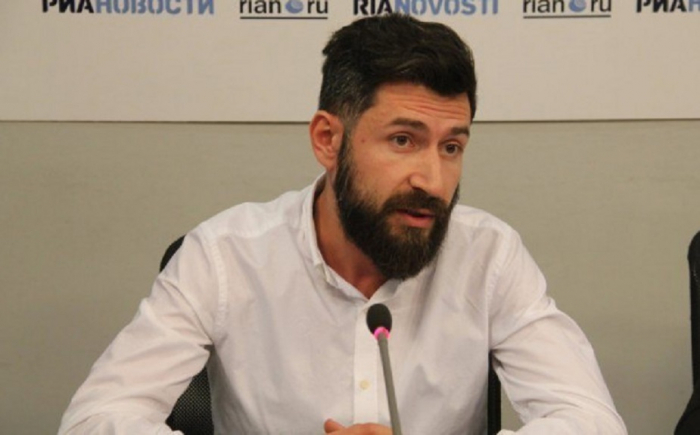 With the outbreak of the current Karabakh war and the liberation of the Azerbaijani lands occupied by Armenia, the Armenian lobby is not wasting time and is striving to “recruit” Georgian journalists and political analysts to create the appearance that they say “Georgians support Armenia”. Alas, some people, who initially had tendentious anti-Turkish warnings, succumb to Armenian tricks and begin to broadcast what the "customers" hear from them. And it is very sad that political analyst Shota Apkhaidze was among them.

The interview of Sargis Sargisyan, senior researcher at the Moscow Institute of the Caspian Region, with Director of the Center for Islamic Studies in the Caucasus, Doctor of International Law Shota Apkhaidze for Rast was recently published on the newspaper's website. Under a very “screaming” headline: “The international community must stop the monster named Erdogan” (https://past.am/?p=260977&l=am). It is interesting that the interview was published in Armenian, although, of course, it was originally given in Russian. Apparently, the Armenian propagandists fear that there will be an immediate negative reaction of the Georgians to the explicitly ordered anti-Turkish and anti-Azerbaijani nonsense, which this interview is full of.

The interview contains all the main clichés of the Armenian nationalist propaganda. But there is also something new in it. Shota Apkhaidze specifically says the following (translation of his words published in Armenian):

“I say with confidence that in case of direct Turkish aggression against Armenia, Georgia will be obliged to open the border for the transfer of weapons from all sides, and many of us will be ready to take up arms and fight against the Turks. We must understand that the Turks are doing everything to create a clash between Armenians and Georgians. They create fake websites. The Cultural Attaché of the Turkish Embassy in Tbilisi Gunesh, who, in my opinion, is an intelligence officer, is especially active. He finances Kavkaz Plus and other fake sites. "

Shota Apkhaidze herself gave very interesting information to the KavkazPlus editorial office about her. It turns out that there is such a person, Gunesh, and he finances KavkazPlus.

For the first time, we learned about the existence of a person named Gunesh and that he finances the editorial office of KavkazPlus from Shota Apkhaidze. Before that, the editorial board of KavkazPlus, which was created exclusively by the citizens of Georgia, in the interests of Georgia, by the patriots of their country and financed by them, did not even know about it. Since our work to eradicate separatism in the Caucasus makes all the separatists hiss, it means we are striking in the right direction.

However, this is not the main thing. Shota Apkhaidze (or rather, his current Armenian sponsors) hope that someone in Georgia will take up arms to defend the Armenian nationalists.

Yes, of course, many Armenian "Javakhk" separatists will do just that. But it is even more difficult to imagine a Georgian fighting for Armenia than a Jew whose relatives perished during the Holocaust fighting for Hitler.

In principle, not a single Georgian will help the worst enemies of Georgia in our century - separatists of any suit and color. The separatists, who are responsible for tens of thousands of killed Georgians in Abkhazia and hundreds of thousands of refugees who still cannot return to their homes.

Let Mr. Shota Apkhaidze find and show at least one living Georgian who, at least in the smallest measure, would suffer from either the Turks or the Azerbaijanis? There are simply none. But the people whose relatives and friends were brutally killed by the militants of the Baghramyan battalion in Abkhazia - a huge number, tens of thousands. And does Mr. Apkhaidze really think that these people will take up arms to protect the murderers of their relatives and friends?