The Minister of Foreign Affairs of Azerbaijan to visit Georgia today 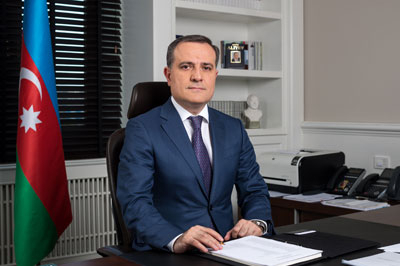 On September 24, Minister of Foreign Affairs of the Republic of Azerbaijan, Jeihun Bairamov, will pay his first official visit to Georgia, - reports the Georgian MFA.

"During the visit, Jeyhun Bairamov will lay a wreath at the memorial to the heroes who died for the unity of Georgia and will also pay tribute to the memorial of the President of the Republic of Azerbaijan, National Leader Heydar Aliyev", - reads the statement.