US Ambassador: There is great interest in these elections and there is an expectation that they will be free, open and fair, and better than the previous elections 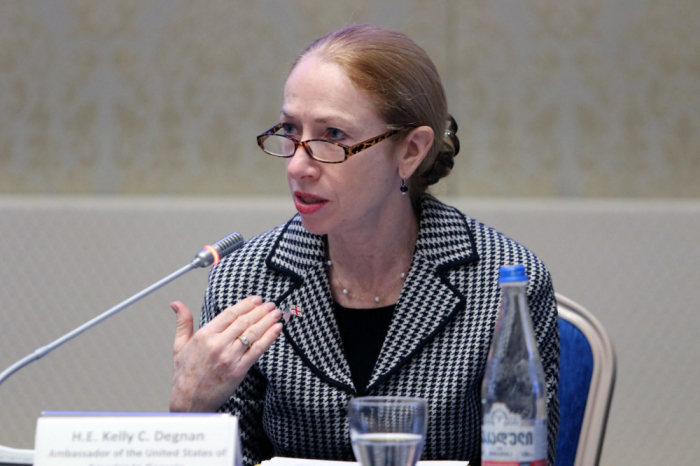 According to US Ambassador to Georgia Kelly Degnan, it is very important that the elections scheduled for October are held in a fair, transparent and free environment. She praised the fact that opposition parties had signed a code of conduct for the elections.

"It was very pleasant to see that they not only signed the document, but the leaders were involved in the process of drafting the document. They developed certain ethical standards. It will be unfortunate if intimidation of voters and misuse of administrative resources are observed. Some organizations have talked about similar facts. It is really very important that these elections be fair, transparent and free. It will be very important for the country," Kelly Degnan said.

In addition, according to the diplomat, it is very useful and important when there is direct communication between decision makers in the US and representatives of the Georgian government.

"The embassy is one of the sources of communication with Georgia, however, it is important and very useful when there is a direct channel between US decision makers and Georgian officials to discuss many important issues, such as the occupied territories, Russian aggression, Covid 19, as well as enhancement of cooperation. There is great interest in these elections and there is an expectation that they will be free, open and fair, and better than the previous elections," said the Ambassador.