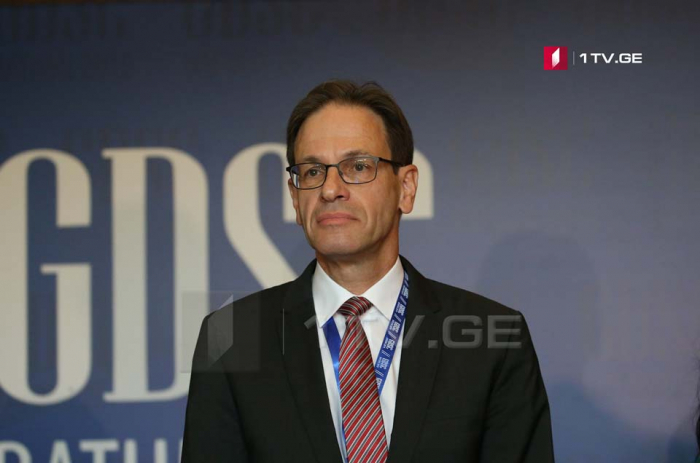 I am concerned about the violent incidents that have taken place during the election campaign both in regions and Tbilisi, - German Ambassador to Georgia Hubert Knirsch told reporters.

According to him, all parties should clearly state that they do not support violence and they should do it jointly and unanimously.

"I am concerned about the violent incidents that take place during the election campaign both in the regions and Tbilisi. For example, some party activists were beaten and party offices were attacked. This, of course, gives cause for concern, and the parties must do their best to avoid similar cases.

A few days ago, the parties signed a code of conduct that seeks to avoid hate speech and violence during the election campaign.

All parties must show that they do not support violence, and they should do it together and unanimously," the ambassador said.