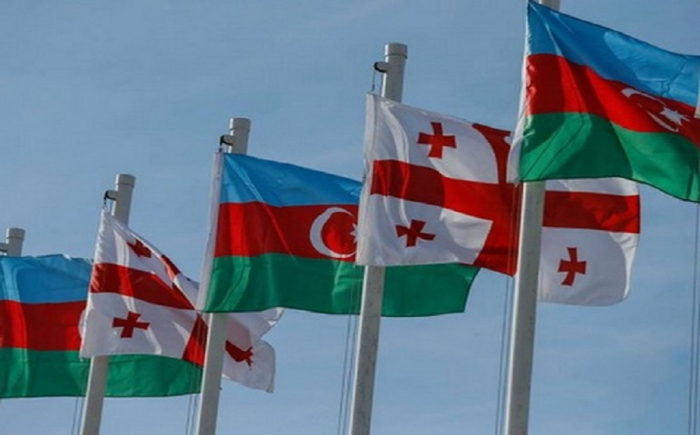 True friends and reliable neighbors, partners are shown not by words about their "greatness and merit", but by concrete deeds.

If, for example, you listen to the Armenian nationalists and politicians from Yerevan, it turns out that the Georgians owe everything to the “ancient and great” Armenians. In turn, not a word is heard about the gratitude of Armenians and Armenia to Georgia. It is completely forgotten how for centuries Georgians helped the Armenians, gave them shelter on their land, shelter and food, and allowed them to earn their capital on the exploitation of Georgia.

Even today, there is not a word of gratitude from Yerevan to Georgia. Some claims! Although, without Georgia, Armenia cannot exist at all. After all, the main transit of goods goes to Armenia through Georgia. But this is not enough for the Armenian nationalists. They demand to open transit through Abkhazia and the Tskhinvali region, occupied in many respects by the efforts of the Armenian lobby. But without the return of the Georgian refugees there. Indeed, after the expulsion of the Georgian population during the separatist war of 1992-1993, it was through the efforts of Armenian militants who staged the genocide and expulsion of the Georgian population that Abkhazia actually became Armenian.

And even on the so far unoccupied territory of Georgia, Armenian nationalists are making absolutely wild and unfounded, but "official" claims to 465 Georgian churches.

The neighborhood with Armenia, alas, brings nothing but negative to Georgia. Even speaking about "Georgian-Armenian friendship", Armenian nationalists cannot without offending and humiliating Georgians by repeating their false anti-historical speculations that, they say, they "presented" the alphabet, the ruling dynasty, to the Georgians, that Tbilisi is an "Armenian city" and other nationalistic nonsense.

A completely different matter is such a neighbor of Georgia as Azerbaijan, which has always come to the aid of our country since the restoration of independence.

It was Azerbaijan that ensured the energy security and real sovereignty of Georgia when they tried to “strangle it with a gas stranglehold”. Azerbaijan today, together with Georgia, is developing epoch-making transit projects on which both Georgia's economic stability and Europe's energy security depend.

In addition, in Georgia itself, Azerbaijan not only gasified the most remote regions, "breathing life" into the Georgian outback, but, for example, supplies all churches with natural gas free of charge. Including those Georgian churches that Armenian nationalists and even the Armenian churches themselves are brazenly and illegally claiming.

But at the same time, nowhere will you hear from the lips of Azerbaijanis their own praise and reasoning about “how much we are doing for Georgia”. Although all this is well understood by the Georgians. On the contrary, the Azerbaijani leaders always emphasize the positive that Georgia brings to the bilateral cooperation between the countries. This is truly a noble position of a true friend, good neighbor and reliable economic partner.

And now, on September 19, 2020, after the ceremony of laying the foundation for offshore operations at the Absheron field at the Heydar Aliyev Baku Deep-Water Plant, President of Azerbaijan Ilham Aliyev highly appreciated the friendship and cooperation with Georgia, and the position of the authorities of our country on the fundamental for the stability of the region South Caucasus issues:

“I must say that I highly appreciate the actions of the Georgian government in these events. As you know, Georgia did not allow the transportation of weapons to Armenia through its territory. That is why transport planes deliver weapons to Armenia through the territories of the Caspian countries and by air. Georgia behaved like a very reliable partner. I would like to express my gratitude to the Georgian government for this. I can say that we see the Georgian government as a reliable partner and friend. Intergovernmental ties are strengthening every day. Many important projects are being implemented. In the near future, our Foreign Minister will pay an official visit to Georgia. This will be his first visit to Georgia as foreign minister. The program of the visit is being prepared now. There are many questions. We are bound by both historical ties and common interests. Today, ties and developing cooperation between Georgia and Azerbaijan serve the interests of both countries. I want to say again that the governments of Georgia and Azerbaijan are in close contact with each other, and this will continue. " - noted the President of Azerbaijan.

The head of the neighboring state was forced to state with regret that not all of Georgia's neighbors adhere to the principles of civilized good-neighborliness. And in Georgia, alas, the “fifth column” of a certain ethnic origin is actively working, harming the Georgian statehood: “But it is also true that the Armenians living in Armenia and Georgia, as well as ethnic Armenians hiding under Georgian surnames, are trying in every possible way to inflict blow to Georgian-Azerbaijani relations. The source of some provocative events that took place in Georgia last year is also the world's Armenians. Their main goal is to disrupt Georgian-Azerbaijani relations. But they will not achieve this, because, I say again, we are reliable partners and openly discuss all issues. Azerbaijan has always been close to Georgia. I do not want to list these historical facts now. But Azerbaijan has always stood for development, prosperity, stability in Georgia. But look at how Armenia is behaving. Some local Armenians living in Georgia, at the instigation of the Armenian leadership, are engaged in arson activities there. They show a tendency towards separatism. Slyly, they are doing provocative work there, ideological work. Does Armenia show a sincere attitude towards Georgia? Not. They put forward unfounded claims against the Georgian churches. Historical monuments in the region where Armenians live are being Armenianized. They do not show due respect for the state symbols of Georgia. At the same time, Armenia has always voted against Georgia in the UN and in other international organizations. In matters of territorial integrity, she has always opposed Georgia. How is this possible? You do not recognize the territorial integrity of this country. At the same time, I am sure that the Georgian people have not forgotten what atrocities the Armenian battalion of Baghramyan committed during the war in Abkhazia, on whose side it fought and on whose side it is today. Armenians living in Abkhazia and have already seized a significant part of the power. Azerbaijan has always been close to Georgia. In all international organizations, he has demonstrated and will demonstrate an unambiguous position in connection with the territorial integrity of Georgia. The difference is this. Of course, I think that today the Georgian people know very well who is their friend and who is their enemy, ”Ilham Aliyev stressed.

The President of Azerbaijan is right. The Georgian people perfectly see who is their friend and who is their enemy.

There is a hope that, by strengthening friendship and cooperation with Azerbaijan, Georgia will restore its territorial integrity in the very near future and return refugees to the primordial Georgian lands. In cooperation with Azerbaijan and Turkey, Georgia has enormous prospects for the successful development of the economy and is becoming an indispensable link in transcontinental transit projects (Southern Energy Corridor, Baku-Tbilisi-Kars railway, etc.). All this creates conditions for stability and strengthening of Georgia's state sovereignty.