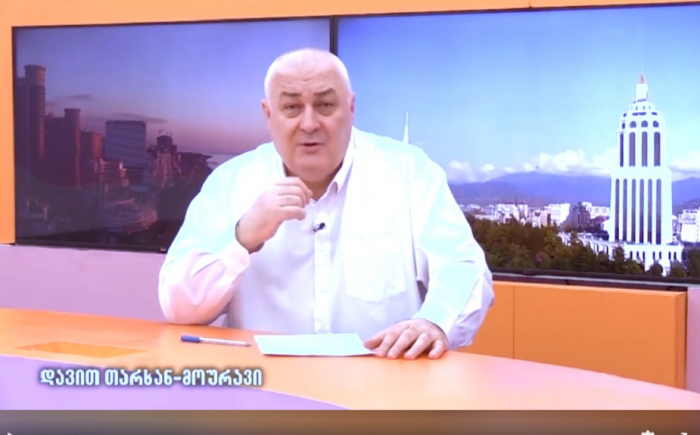 There is a sure sign: if a politician starts talking about “genocides” and especially blames Turkey for them, it is 100% that he is financed by either Yerevan, or the Armenian lobby, or the Armenian diaspora. And it is with such "genocidal" propaganda that the pro-Kremlin and pro-Armenian simultaneously so-called "Alliance of Patriots of Georgia", whose leader David Tarkhan Mouravi has long been demanding from the Georgian authorities to recognize the mythical "Armenian genocide", has recently appeared on social networks.

This time, the "Alliance of Patriots" accused Turkey of genocide of masses of peoples - from the Kurds to, for some reason, even the Hungarians (of course, there were Ottoman-Hungarian wars - but there was no "genocide" at all)! In general, Turkey is presented as an "absolute evil", which, they say, Georgians should "be afraid".

But let us remind that at present there is not a single person in Georgia who, in one way or another, would "suffer" from Turkey or the Turks. But the people who suffered from the Russian occupation, who lost their homes, relatives and friends, including those killed by Armenian militants and separatists in Abkhazia, people who were left crippled - hundreds of thousands. These are real victims of the genocide and ethnic cleansing of the Georgian population of Abkhazia, organized by the “owners” of the “Alliance of Patriots”.

At the suggestion of the Armenian lobby, anti-Georgian hysteria is being whipped up in separatist Abkhazia and the separatists are demonstratively “wiping their feet” about the Georgians and their shrines - even the icon that one of the leaders of the Alliance, Irma Inashvili, so pompously took to the occupied territory, to the Georgian temple of Istarati seized by the separatists defiantly returned back. And in social networks, calls were generally heard to burn that icon and scold it.

And at this time, the unfortunate refugees from Abkhazia and the Tskhinvali region, the so-called "patriots" begin to "load" with Armenian propaganda about what they say "evil and tough" Turks. Telling first of all the Armenian myth of "genocide" and carbon-copy myths about other "genocides" allegedly organized by the Ottomans, about which, in fact, there was no data until the 20th century until the "fashion for genocides" appeared, the legislators of which it was the Armenian propaganda that became.

All these "genocides" are fiction and lies. As well as the “massacre of unfortunate Christians by the Turks,” which they began to invent a little earlier - at the end of the 19th century. And who really killed whom and what real events were passed off as the "Turkish massacre" can be demonstrated by the example of the story "Kirjali" - the well-known Russian poet and writer Alexander Sergeevich Pushkin.

Let us recall that the story of Alexander Sergeevich Pushkin was written presumably in October-November 1834 and was published in the December issue of the Library for Reading of the same year. In 1834, that the Ottoman Turks did nothing but arrange “massacres” and “genocides”, there was no propaganda set by the authorities in Russia. Therefore, Pushkin wrote the truth. But the truth, as it turns out, does not fit into the "genocidal" scheme at all. Here is the beginning of the story:

“Kirjali was a native of Bulgars. Kirdjali in Turkish means a knight, a daring man. I don't know his real name.

Kirjali, with his robberies, terrified the whole of Moldova. To give some idea about him, I will tell you one of his exploits. One night, he and Arnaut Mikhaylaki attacked a Bulgar village together. They lit it at both ends and began to move from hut to hut. Kirdjali cut, and Mikhailaki carried the prey. Both shouted: Kirjali! Kirjali! The whole village fled. "

As we see the bandit-Kirjali being a Bulgarian cut his own fellow-Bulgarians. And the fact that the massacres of defenseless civilians in the Ottoman Empire were the work of this kind of bandits at the time of Pushkin was well known to everyone. Therefore, no one stuttered about the "Turkish genocide".

However, over time, of course, all the victims of such banditry were recorded as victims of the "Turkish genocide". Including the very "genocide of Bulgarians" about which "Alliance of Patriots" broadcasts in its propaganda video.

At the same time, the same David Tarkhan Mouravi does not recall that "fighters against Ottoman rule" showed themselves towards the Turks and Muslims with unprecedented cruelty, for which there is historical evidence. For example, the total extermination in Montenegro of the so-called "Poturchens" - Montenegrin Muslim Serbs, which occurred in 1707.

Over the course of one night, tens of thousands of people, including women and children, were brutally killed throughout Montenegro. But Serbian nationalists still consider this beating of defenseless people "an outstanding event" and consider the initiators of this genocide "national heroes". For the sake of objectivity, when the "Alliance of Patriots" talks about the alleged "genocide of the Serbs by the Turks" it was necessary to mention such a historical episode.

And in conclusion - regarding Adjara. In 1914-1917. Armenian Dashnak militants and tsarist Russian troops, as you know, staged a real genocide of the civilian Georgian population of Adjara. Kavkaz Plus has already written about this in the article "The genocide of the Ajarians in the winter of 1914-1915: why is it hushed up?" (http://en.kavkazplus.com/ news.php?id=3029#.X09ECnkzbIU). And then there was also the genocide by the Dashnaks of the Georgian Lazes (as well as Turks and Kurds) in the regions occupied by the Russian army. But neither David Tarkhan Mouravi nor other leaders of the Alliance of Patriots mention this real genocide. This extermination of Muslim Georgians by Dashaks does not fit into the anti-Turkish propaganda scheme.