Sergei Shamba spoke for the return of human rights to the Georgians of the Gali region. How to explain this "miracle"? 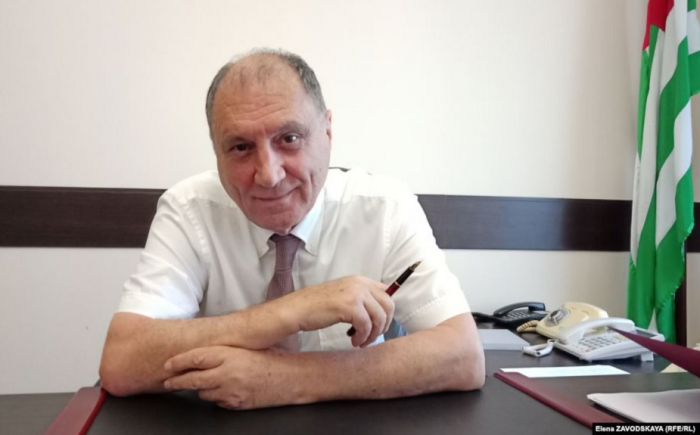 On a very significant day, on the 12th anniversary of the Russian aggression against Georgia, the new separatist secretary of the Security Council of Abkhazia Sergei Shamba gave an extensive interview to Echo Kavkaza under the eloquent headline: "It is impossible to live in enmity all the time" (https://www. ekhokavkaza.com/a/30772165.html).

As expected, Sergei Shamba did not say a word about the key problem, the return of Georgian refugees. However, on another topic that is extremely painful for the Georgian people - the Georgians of the Gali district who remained in the separatist territory and absolutely disenfranchised, Sergei Shamba spoke unexpectedly in a conciliatory manner. Here is an excerpt from the interview:

“- Passportization of residents of the Gali region - they were first given passports, then they were deprived of these passports. How do you assess this whole situation and how do you think Abkhazia should resolve these issues in the Gali region today?

- Difficult situation. I understand the attitude to the issuance of Abkhaz citizenship to the residents of the Gali region, because it was based on the fact that these people have Georgian citizenship, and we do not have dual citizenship with Georgia. By the way, we have not yet signed an agreement on dual citizenship with Russia, but there we still have some kind of agreements and there are other relationships. And with Georgia this is nothing. I understand when this issue was raised ... There is such an ambivalent topic.

At the same time, it seems to me that we should not alienate these people, because they are mostly the indigenous inhabitants of Abkhazia, one of the regions of Abkhazia - Samurzakano, now the Gali region - and we need to somehow resolve the issue of their citizenship in Abkhazia. Today they have the right to a residence permit, but I think it is offensive for them, because their ancestors lived on this land, many of them were once Abkhazians. I am not a supporter of delving into this, because if we start delving into who their ancestors were once, we will not get anything good from this and will never understand this issue. The racial approach is generally unacceptable in a civilized society, and even more so in our country, where there is such a mixed population, such a conversation, such a topic should not be present at all. It seems to me that we still need to deal with their citizenship in Abkhazia.

- And how to understand?

- Now I will tell you: in a democratic world you can have any citizenship. If there is no interstate agreement on dual citizenship, there remain vague questions of military service or voting, and so, you can have the citizenship of any country you want, these issues simply will not be settled. Therefore, to dwell on the fact that they have Georgian citizenship, I think, is still wrong. We must not alienate these people, we must absorb them into the Abkhaz society, we must make them full-fledged citizens of our country, so that they support the interests of our state, so that they participate in building the state, feel like citizens of Abkhazia, and not outcasts on earth. So we will have only a "fifth column" - why do we need it? I believe that this is the wrong approach, all the people who live here in our country, on our territory, must be citizens of this country. I do not mean guest workers who come temporarily to earn money and leave. I mean those whose ancestors were born here, who were born here themselves, live and work - they must be full citizens of the state and must participate with us in the construction of this state. "

It is clear that not only the Georgians of the Gali region were born on the territory of Abkhazia, but also most of the more than 300 thousand refugees expelled from Gagra, Sukhumi, Ochamchira and other cities and villages of Abkhazia. And sooner or later they must return to their native places. But the fact that Sergei Shamba abandons the racist approach towards the Georgians in the Gali region is already progress.

It is also important that Sergei Shamba noted the need to forget past grievances: “We cannot bring up the young generation in hatred, this cannot be done, it destroys the souls of young people. It's all gone, so we need to think about how to build friendly relations. "

Undoubtedly, the Georgians have always strived for reconciliation with the brotherly Abkhaz people, and such indicative "steps towards" separatist officials should only be welcomed.

But it is also important not to forget that the national interests of Georgia in no case should be surrendered even in exchange for beautiful promises and "conciliatory" statements. And it is also important to understand that the current separatist politicians are absolutely dependent. Therefore, they "got kinder" not by chance.

The separatists, as well as those who are behind them, need something from Georgia. And so important that they are ready to give some rights to the Georgian population! Although not long ago, neither the politicians of the separatist Abkhazia, nor the Armenian lobby preaching anti-Georgian racism, even thought about it.

What do the owners of the separatists need?

It's not hard to guess. First of all, transit for Armenia. Including the military. While maintaining the separatist status of Abkhazia, which in fact has already become Armenian.

But if such a transit is allowed, then all the alleged concessions of the separatists can be canceled out at one moment by a new aggression against Georgia, an explosion of separatism in the Samtskhe-Javakheti region and the division of the country.

It is very important to understand this and, while continuing the course of dialogue and reconciliation with the fraternal Abkhaz people, in no case should we compromise national interests.