Irakli Kobakhidze: The car purchased by Kezerashvili is a scandalous topic, this is illegal financing and the State Audit Office should probably get interested in it 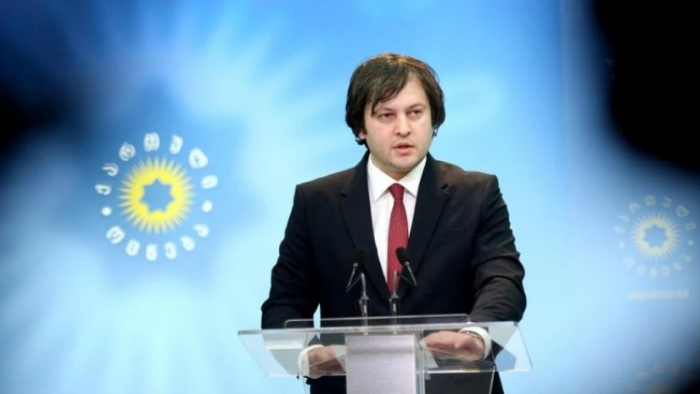 According to him, the weakening of the Nati­onal Movement is necessary to reduce polarization in the country.

As for the reports that Kezerashvili offered Nika Melia a used car, Kobakhidze expressed hope that the State Audit Office would get interested in the mentioned topic.

"As for the issue of the car, it is a scandalous topic, due to the fact that once again the circulation of "black money" was revealed in Georgian politics. This is illegal financing, which the State Audit Office should probably get interested in. When an oligarch gives a car to the chairman of the party, this is, of course, illegal financing, which is punished quite strictly according to our legislation. Let's see what position the Audit Office will have in this regard," said Irakli Kobakhidze.

Nika Melia, Chairman of the United Natio­nal Movement, explaind the circumstances under which he was offered a used car sent by Kezerashvili. He posted the relevant statement on the social network today.

"It is really difficult for a respectable society to listen to everything that my opponents are talking about during the intra-party elections.

Practically, not a single red line was left uncrossed. Today they are talking about some gifts. All this, apart from being a low behavior, is full of lies, speculations and slanders.

I am sorry and even embarrassed to write on this topic, as the party and the country are facing huge challenges, but propaganda works like this - today many people write about this topic and I am obliged to tell the truth to the supporters.

Friends, I am writing about a car used by the party chairman to move around for several months.

After getting out of prison, my friends thought I needed protection and therefore an additional car. I gave my family car to the security, while I myself was using the party's car (Mazerati), which Mr. Zaza Okuashvili gave to the party temporarily at the request of Koba Nakopia. I remember that this car also caused noise, but it wasn't mine.

We had no need for an additional car, when one day Petre Ciskarishvili and Zurab Melikishvili told me that there was a used car in the party's garage, which had been sent by Davit Kezerashvili. Of course, I didn't ask him, it was his personal decision and later mentioned it during the phone conversation.

After I saw Davit Kezerashvili's attempt to interfere in internal party processes, we tried several times (from June 2022) to return this car to him.

Finally, a month and a half ago, I asked Bacho Dolidze to give the care to Kezerashvili's family member, Dima Chikovani, who did not accept this car and it is still in the party's garage.

That's how this story was, not the way Merabishvili/Kezerashvili's supporting colleagues are spreading it”, Melia said.