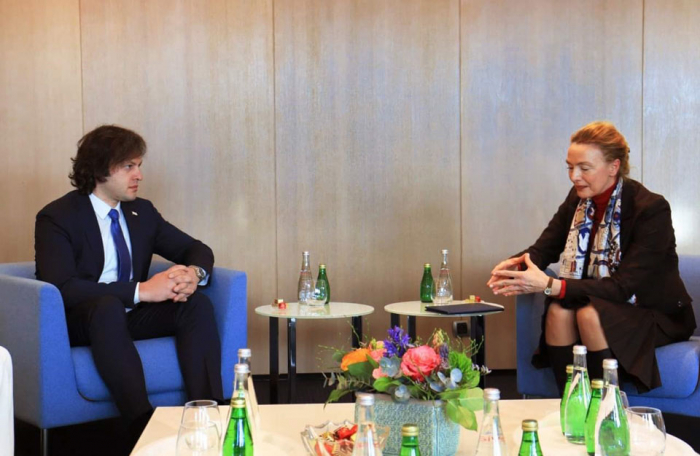 The importance of the CoE’s support for Georgia was discussed. Maria Burich highlighted Georgia’s reform efforts and emphasised that the Council of Europe fully supports Georgia’s 12-point plan implementation. The meeting also addressed the political situation in the region.

“The European Council is actively working to guarantee that Georgia’s interests are adequately pursued, and a specific action plan for Georgia is being developed. Maria Burich rated Georgia’s continuing reforms favourably in terms of meeting the EC’s 12 recommendations. She also stated her willingness to support any further reforms. Receiving such a positive message is crucial,” Irakli Kobakhidze remarked following the meeting.

The GD Chair also congratulated Tiny Kox on his re-election as President of the Council of Europe’s Parliamentary Assembly.

Tiny Kox constantly takes a principled and accurate stance on current political issues, according to Kobakhidze.

“We voted for him. He always takes a principled and accurate stance on all issues touching on ongoing political and social processes, as well as current developments in Ukraine. As a result, he was a worthy candidate,” Kobakhidze explained.