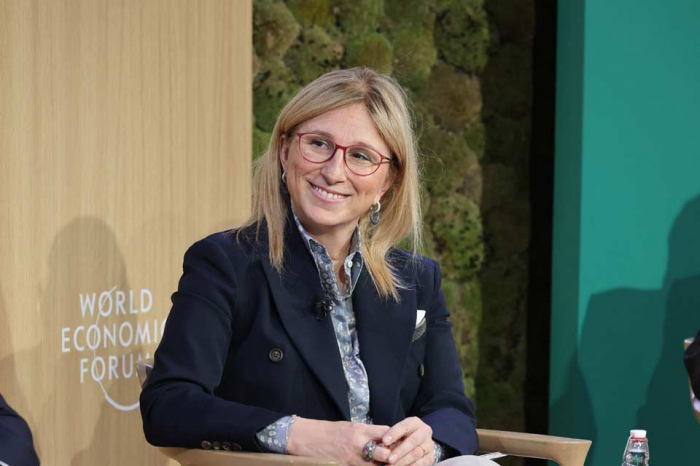 Özdemir noted that as Aliyev and Garibashvili said, “there’s a big cooperation friendship among the countries, so that we can work together.”

“In a nutshell, what does real private sector looks, it has to be feasible. So, this corridor is faster, it’s shorter, it’s more climate-friendly and more than that, I mean, as Mr. President and the Prime Minister said, there’s a big cooperation friendship among the countries, so that we can work together. If there is this high level of cooperation, it’s easier for the private sector to work. So, I think the fundamentals are there and Turkey has invested a lot on infrastructure for the past years,” she stated.

She went on to say that Turkey is now investing “a lot” on railroads, mentioning Kars-Tbilisi-Ceyhan project in 2017.  She believes “from the sustainability perspective, we need railroads. It’s going to be faster and cheaper. Definitely, the element needed in this corridor is railroads.”

“My proposition is, of course, at one point, this whole corridor will be operated and there should be an governing or an operational body, maybe like a company or so, which should be definitely private sector influence, as well.  And the other important thing would be, of course, the tax and the customs.

And the other thing probably would be the currency. I mean, being in World Economic Forum, everything is, we are like, you know, new, modern, maybe blockchain could be one way to manage this. And we should definitely not be afraid of new and modern ideas but I think this collaboration, Mr. President, our country’s  President and Prime Minister will be able to manage this corridor as fast as possible, and I think we need this alternative route in today’s globally complex environment,” she stated.
According to Ebru Özdemir “everyone says that it’s like a transit, but it’s actually not gonna be a transit thing.”

“It’s more the countries that is on the road route will benefit from that. As we see our side of the world, Turkey, Azerbaijan and Georgia is growing enormously and we are doing a lot on this side of the world. So, this means from the private sector point, this corridor means logistic centres, depots, storage units, a lot of private sector enrolment,” she explained.