The future militants of the Krasnodar, Rostov and Stavropol Armenian "people's republics" turn into "heroes" through the Wagner PMC from criminals 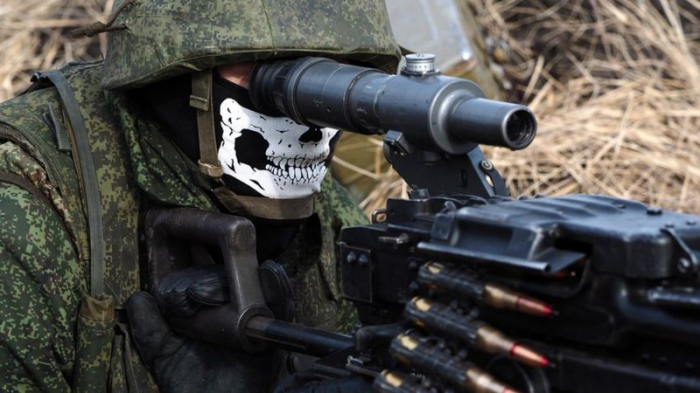 Armenian nationalists have fundamentally changed their geopolitical sympathies. They did not like Russia, which had done so much for them, even before (sometimes this dislike was poorly concealed), but now they simply hate it. And as Russia is defeated in the war in Ukraine and the Russian Federation weakens, this hatred is growing.

On the other hand, the Armenian nationalists have become an object of sincere adoration and love for France. Moreover, for France they are ready to "tear and shred" their recent benefactor Russia.

On 8 January 2023, on Russia 1's "Evening with Vladimir Solovyov" show, Russian propagandist and TV presenter Vladimir Solovyov together with Russian State Duma deputy Andrei Gurulev called for a "pre-emptive strike" against France. Solovyov, in particular, said that since French President Emmanuel Macron was "supplying Ukraine with tanks", a "pre-emptive strike" should be launched against France as a party to the conflict.  "If France starts shitting directly, then France should be recognised as a party to the conflict and it should not exist," Gurulev added. According to him, then all other countries would "tuck their tails in".

And here, as it turns out, Gurulev was wrong. Even if NATO allies of Paris "tail between their legs", the "ancient and bellicose" Armenian people are always ready to defend France and simply tear apart the Russian Federation, which dared to raise its hand against the French, simultaneously obtaining new "native Armenian lands" from the French territory.

In response to the threat of a nuclear strike on France in case they help Ukraine, the "Armenian patriotic movement" TSEHAKRON ARMENIA's telegram channel published the following post:

"Rusnya, that's the way it is.

And this cannot simply be considered an empty or crude-joking threat. In reality, militants for the future Armenian "people's republics" are already being trained by Russia itself, which has enabled Armenian criminals to gain freedom and undergo "combat training" in Ukraine as part of the Wagner PMC.

Recently, the Russian media reported that Arsen Melkonyan, who was sentenced to 11 years imprisonment in a strict regime colony, was released, who was enrolled in the Wagner PMC and after being slightly wounded in the war in Ukraine is being treated in the hospital and is preparing to be discharged. This was reported in particular by the Territory of Common Sense telegram channel.

It is noted that this prisoner once became known throughout Russia after a high-profile crime when he beat another man to death over an argument in a parental chat room, after which he died. And what is more, during the trial Melkonian repeatedly expressed his intention to kill witnesses in the case.

"The story of the murder of Volgograd citizen Roman Grebenyuk in a parent-chat with a previously convicted citizen Melkonyan, which shook the whole country two years ago, has developed. It turned out that Melkonyan, convicted to 11 years' imprisonment in a strict regime colony, was suddenly at large, fighting in Ukraine in the ranks of the PMCs and, having been slightly wounded, is being treated in the hospital. Apparently, the law enforcement bodies of Volgograd region have not yet had time to inform the orphaned little daughter of Roman Grebenyuk, killed by Melkonyan, that her daddy's killer is believed to have already washed away all his sins with blood," the report says.

No one knows how many "cadres" like Melkonian have already gone through the war in Ukraine. But almost all of them, even as criminals, share Armenian nationalist ideas. Armenian diaspora in Krasnodar, Stavropol Krai and Rostov region is no less organized and cohesive than Armenian community of Abkhazia before 1992-1993 war. We should not expect pity towards Russians from Armenian criminals "released" through Wagner PMC, especially those who were imprisoned for crimes against Russians.