Sarkis Tsaturyan on the "nobility" and "Godhood" of Armenians 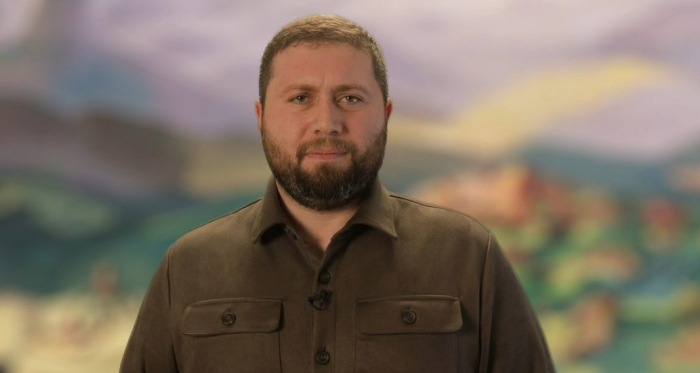 The chief editor of the Realist news agency, which in Russia positions itself as a "Russian patriotic media", Sarkis Tsaturyan has once again launched into grave exaltations of the "greatness of Armenians". He spewed another batch of Armenian nationalist nonsense about how the word "Armenian" is translated from Sanskrit as "noble master" and about the "God-chosenness" of the Armenian people:

The statements of Sarkis Tsaturyan might actually be of more interest to psychiatrists, as there is clearly a clinical delusion of "Armenian national greatness". But, unfortunately, almost the majority of the Armenian elite is infected with such delusions of grandeur. And this is dangerous for Armenia's neighbours, including Georgia. A significant part of the territories which Sarkis Tsaturyan and others like him include in the "natural Armenian borders", in their opinion, were given to Armenians and their "great Armenia" by God himself.

How "noble" can act Armenians towards their neighbours who sheltered them in their own land can be very well told by Georgians from Abkhazia, especially those whose relatives and friends have suffered at the hands of the Baghramyan battalion. And now lots of houses and flats of Abkhazian Georgians have been seized by "new Armenian masters". It is hard to call these looters "noble". …

Today, the "nobility" of Armenian nationalists is particularly eloquent in their attitude to their benefactors, to whom Armenia owes its very existence - the Russians. The "noble masters" are outraged that the Russians, who fought so much for their interests, are now unable or unwilling to do so (again, thanks to the policies of the "noble" who have infiltrated the Russian government and brought Russia to a geopolitical dead end).

Armenian nationalists are already expelling Russian troops and a military base from the territory of the Republic of Armenia. Everything the Russians used to do for Armenians has been completely forgotten by the "nobility". This includes the fact that the Russians spilled so much blood so that the "most ancient people" could create a mono-ethnic "reserve" in a foreign land and admire their "antiquity" and "Godhood".

It is no coincidence that one of the Russian resources published a very typical comment on these statements by Sarkis Tsaturyan: "What have the tales of Armenians brought to... their confidence in their exclusivity... As long as such maniacal writers hold the "pen" in their hands, they will "suffer" over their fate for a long time to come".

Moreover, the mania of grandeur and divine "exceptionality" infecting the Armenian population is actively used by the scoundrels of the same "ancient noble nationality". The same billionaire Ruben Vardanyan will continue to earn good money "bypassing" sanctions through Armenia, settling under the protection of Russian peacekeepers in Azerbaijani Karabakh and refusing Russian citizenship. Well, thanks to this "financial genius" Karabakh Armenians, who put him on their necks, are simply starving. Indeed, to make the stories of an alleged "humanitarian catastrophe" in the region more plausible, due to the establishment of control by the Azerbaijani side over the movement of goods along the Lachin road (through which humanitarian cargoes pass freely), Ruben Vardanyan decided to put the Karabakh Armenian population on a "hunger blockade ration", in violation of the laws of Azerbaijan (which are also in force on Armenian-populated Karabakh) by introducing a carton system arbitrarily.