The Commander-General of the "pope's divisions" and Armenian expansion 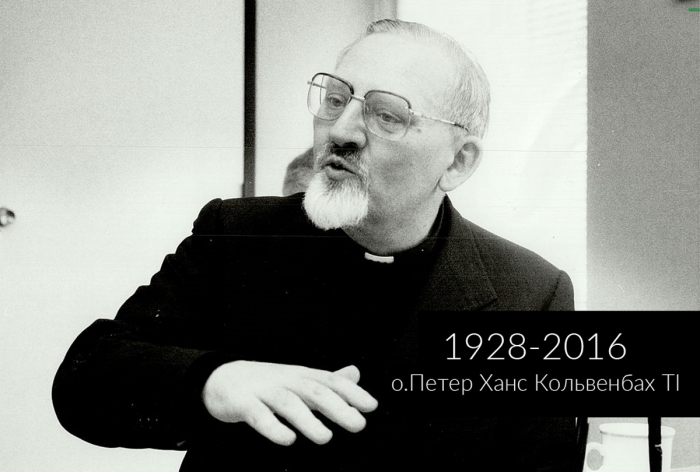 Stalin and French Foreign Minister Pierre Laval negotiated in May 1935 over how many divisions each side could field against Germany in the event of war in Europe. Laval asked Stalin to "do something to encourage religion and Catholics in Russia". "It would help me so much in my dealings with the Pope" argued the French foreign minister. "The Pope? How many divisions does he have?" - Stalin mockingly parried.

Officially indeed the Pope has no divisions. But there is a general. We are talking about the second man in the Vatican hierarchy, the general of the so-called "Society of Jesus" of the Jesuit order.

This order differs from other Catholic monastic orders and is based on a purely military principle. Its leader officially has the rank of general, is elected for life, has enormous power and authority, is formally accountable only to the Pope and, if he wishes, can raise and field more divisions than the commander-in-chief of any power, as well as "neutralise" divisions of enemies of the Vatican.

The fate of the recently deceased and legally elected Pope Benedict XVI on January 31, 2022 shows just how powerful the Jesuits are, and according to many analysts, it was the Jesuits who removed him from office. And the Jesuit Jorge Mario Bergoglio (the current Pope Francis) became pope, and became pope in violation of all traditions that do not allow the election of a new pope while the current one is alive.

Most likely, then in 1935, the leader of the USSR did not yet fully understand the extent of the Vatican's influence on politics. And especially the general of the Jesuit order, a "shadowy figure" under the papacy, who could provide him with those very "divisions". After all, literally on his eyes after the First World War in Europe the huge state of Poland which in 1920 has defeated, having much more divisions, the Soviet Russia has arisen, and Catholic countries, first of all France helped this state mainly.

At the outbreak of the First World War in 1914 many did not even believe in the very prospect of a sovereign Polish state. But at the end of 1914, after the outbreak of the First World War, the Jesuit General of the Order was a descendant of a Polish aristocratic family, Wladimir Leduchowski. And "coincidentally" in time of his "generalship" not only has appeared an independent Poland, but also in a war with Russia reclaimed the lands of Western Ukraine and Western Belarus (incidentally Leduhovskie were aristocrats of Ukrainian origin and until the end of the 16th century professed Orthodoxy). Obviously, objective historical factors played a role in the restoration of Polish statehood. But one can not exclude the influence of the fact that at that time the head of the Jesuit order was a Pole.

It is true that at the end of 1942, when General Leduchowski died, the Second World War was going on and Poland was occupied. But, in fact, the fate of Germany which suffered defeat at Stalingrad had already been decided and Poland, at the end of the Second World War, retained its statehood and having lost the Ukrainian and Belarusian lands, but gained a part of the German ones. Who knows what the configuration of the Polish borders would have been if Leduchowski had remained alive in 1945.

Generally, there is extremely little information about the generals of the Jesuit order in the public domain. If the pope is a public figure and constantly in the public eye, the general of the Jesuit order is "always in the shadows". It is not by chance that Catholics themselves call these generals "black popes". And, according to some, they have far more real power than "white" popes.

In early 1980s an extraordinary event happened in Vatican that was never covered by world mass media or international analysts. While a Jesuit General Pedro Arrupe was alive (although he had suffered a serious stroke), who, like the founder of the Order Ignatius Loyola, was of Basque origin, the General of the Jesuit Order with a scandal (since never before had a new head of the Jesuit Order been elected while the General was alive) was a certain Peter Hans Kolvenbach, a native of Holland. But as a "Dutchman" he was apparently as much a "Russian" as Sergei Lavrov (surnamed Kalantarov ).

Information about Peter Hans Koverbach on the Vatican is scant, but much can be deduced from it. It is reported that he was born in the Netherlands in the village of Dreuthen, near Nijmegen . He entered the Jesuit novitiate in 1948. He studied philosophy and linguistics in Nijmegen before being sent to Lebanon (a country which has been a base of Armenian terrorism for decades) where he obtained a doctorate in theology from the Jesuit Saint George's University in Beirut. In 1961 he was ordained a Catholic priest of the Armenian rite, as one with Armenian roots.

For the next two decades he taught in The Hague, Paris and Beirut, teaching linguistics and Armenian language (this once more proves that Kolvenbach was of Armenian origin and that the Armenian language was his mother tongue). What his real, Armenian surname was is not disclosed by Vatican resources. In 1981, Peter Hans Kolvenbach was appointed Rector of the Jesuit Pontifical Oriental Institute and there was a meteoric rise in his career.

Reportedly, in 1981, General Pedro Arrupe of the Jesuit order "resigned" formally for health reasons (after suffering a severe stroke). Or rather he, partially paralysed and unable to speak, was simply forced to resign. That is, in fact, there was a coup within the Jesuit order and a power struggle between various factions began. Pope John Paul II appointed the priest Paolo Dezza as interim head of the Jesuits, which led to many protests from the order as unacceptable interference in the internal affairs of the "Society of Jesus". The General Congregation of the Society of Jesus convened in 1983 to accept the resignation of Pedro Arrupe and elect Peter Hans Kolvenbach as new head of the order. This, too, was the result of a "shadowy struggle" and, to all appearances, not at all by chance.

The thing is that the next "peak" of Armenian terrorism is in the beginning of 80s which seemed to be treated by Vatican "loyally and understandingly". Perhaps, the general of the Jesuit order Pedro Arruppe was not very sympathetic to the Armenian nationalists and that is why he was "escorted out early".

At the time of Peter Hanska Kolvenbach's tenure as general of the Jesuit order, there was simply a wild rise in Armenian nationalism, the beginning of the "miatsum" movement in Karabakh in Azerbaijan, the first Karabakh war, the occupation of 20% of Azerbaijani territory and the "pure Jesuit" rise to power in Armenia (after a terrorist attack) of the Karabakh clan led by Robert Kocharian. And it is naive to think that all this was carried out without the support of a general of the Jesuit order of Armenian origin.

However, "Jesuit games" of Peter Hans Kolvenbach apparently did not please everyone under the new Pope Benedict XVI. And the new pope's entourage simply forced him to cede power. On February 2, 2006, Peter Hans Kolvenbach informed the members of the "Society of Jesus" that, with the agreement of Pope Benedict XVI, he would resign in 2008, when he would turn 80. He fulfilled that intention in 2008, so he and his predecessor, the only Jesuit generals who had not been in office before his death. But Benedict XVI also paid the price for his desire to command the all-powerful Jesuit order, as he was in fact overthrown by the same Jesuits and forced to abdicate in early 2013.

Despite the fact that the new Pope Francis was a Jesuit and was sympathetic to the Armenian lobby, the Armenian nationalists have not regained their former position in the Vatican compared to the time when Peter Hans Kolvenbach, an ethnic Armenian, was the general of the Jesuit order. Organising a "global war" for the sake of an "ancient and long-suffering people" was deemed unwise in the Vatican.