Abkhazians die in Ukraine. For what? 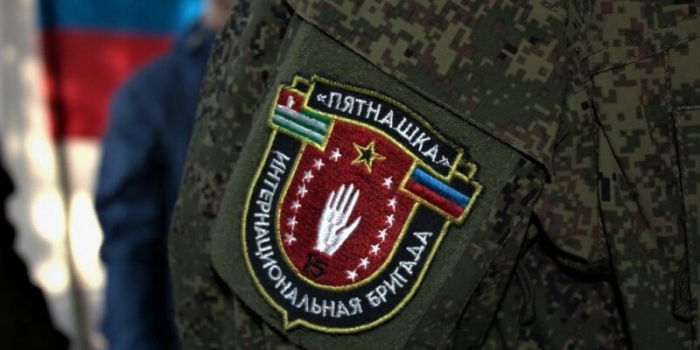 The sad news from the Ukrainian war reaches many Abkhaz families. Abkhaz "volunteers", or rather fighters who went to war in Ukraine, fighting in the "Pyatnashka" unit led by Akhra Avidzba, are suffering heavy losses in the battles in Donbass. On December 28-29, 2022 three fighters were announced dead, but in reality the losses are much more, in those days at least 10 Abkhazians from "Pyatnashka" were killed, just corpses of the dead could not be evacuated from the battlefield yet.

In connection with the deaths of Abkhazians in Ukraine Abkhazian blogger Daur Tarielovich appealed to his compatriots not to go to certain death in the war in Ukraine and not to die for the interests of those who unleashed aggression against this country:

The question arises as to why Russian aggressors in Ukraine have such large losses in the unit where ethnic Abkhazians are fighting, and specifically among Abkhazians? Part of the answer to this question can be given by understanding into what lethal "trap" the separatist commander Akhra Avidzba (call sign Abkhazian) dragged his compatriots. The same one who, we recall, after the 44-day war proposed to settle Armenian "refugees" from Karabakh in Abkhazia.

In other words, Akhre Avidzba does not feel sorry for Abkhazians. The more of them die in Ukraine, the more Abkhazian land will be freed for his Armenian "friends"?

And today it is huge losses of other units that make aggressors leave Abkhazians to attack well fortified positions of the Ukrainian army "on the frontline". At that, the situation of Abkhazians fighting in Ukraine is exacerbated by the recent business of Akhra Avidzba to enlist so-called "dead souls" from residents of the occupied Ukrainian territories in his unit Pyatnashka. Igor Strelkov (Girkin), the former so-called "Minister of Defence" of the separatist "DPR", told this to those versed in the realities of Russian aggression against Ukraine:

The greedy bandit and drug addict Akhra Avidzba simply "traded" enrolment in his "Pyatnashka" during the total mobilization in the separatist DNR, which was virtually impossible to "escape" in any other way. But in exchange for a bribe to Akhra Avaidzbe, residents of the occupied part of the Donetsk region of Ukraine, where the separatist regime of the so-called DNR exists, avoided going to the front. As a result, Akhra Avidzba enriched himself and Pyatnashka had formally much larger numbers at the expense of these "dead souls" than it actually did.

All was well until the occupants began to have problems on the front. Their units suffered colossal losses when attacking Ukrainian positions, which were not compensated for by more and more new batches of mobilised men being thrown into battle. As a result, the Russian military command decided to activate Pyatnashka, and on the basis of its "formal" strength.

Thus, instead of "dead souls" for which bribes were paid, Akhra Avidzba had to throw his fellow villagers into battle "available". Dooming his compatriots to virtually certain death. After all, the number of "Pyatnashka" is actually much smaller than "on paper", which is taken into account in the Russian General Staff while planning operations. Each Abkhazian militant in Ukraine is in fact forced to fight for 4-5 "comrades" who are only registered in Pyatnashka. Surviving in such conditions for offensive operations is unrealistic.

The fate of Abkhazian "Pyatnashka" fighters killed in Ukraine is a warning to other Abkhazians. Your separatist leaders and commanders will make money on your blood and will throw you to certain death at the first command of their Kremlin masters and Armenian "friends". And your homes and lands will sooner or later be inhabited by "hapless refugees" from Armenia or from other places where Armenian nationalists failed in their adventures.