The reintegration of Karabakh Armenians into Azerbaijani civil society and separatist hysteria. 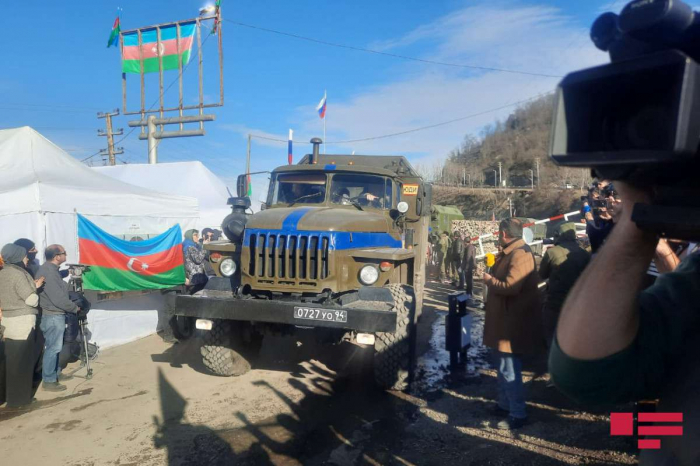 This year 2023 should be the year when Karabakh Armenians are fully reintegrated into the civil society of a united and indivisible Azerbaijan. Objective geopolitical circumstances may accelerate this process.

The position of Russia, defeated in the war in Ukraine, predisposes to the withdrawal of Russian "peacekeepers" from Karabakh much earlier than November 2024. And so that the early withdrawal of Russian peacekeepers will not come as a "surprise" to Karabakh Armenians, they should by then become full citizens of Azerbaijan, of course those who want to do so. The rest should be able to resettle in peace in other countries.

The reintegration of Karabakh Armenians into Azerbaijani civil society should start from the humanitarian sphere. It is absolutely abnormal that today the Karabakh Armenian community is completely supplied from the territory of Armenia, moreover, with cargoes and goods that enter the territory of Azerbaijan illegally, without proper customs, environmental and phytosanitary control. Moreover, via a single road - the Lachin corridor. Although it would be much more logical for Karabakh Armenians to receive goods and products from the rest of Azerbaijan, and for Karabakh Armenians to sell products produced in the region, in particular agricultural products, there. In this case, there is no question of an imaginary 'humanitarian catastrophe' in the Armenian-populated areas of Karabakh.

Moreover, it is unusual that Azerbaijani banks do not yet operate in Armenian-populated areas of Karabakh, the Azerbaijani manat is not in circulation, and the money is paid in a foreign currency - the Armenian dram, which does not comply with the laws of Azerbaijan. The gradual transfer of money circulation in Karabakh to manat is necessary and a certain transition time could be allowed for the parallel circulation of the manat and foreign currency (in this case the dram). The payment of pensions, allowances and salaries to Karabakh Armenians working in the social sphere, education and health care should start in manat.

A first step in the reintegration of Karabakh Armenians should be the accounting and control of goods entering the region from Armenia via the Lachin road. At the same time, this control would allow both the illegal export of Azerbaijan's natural resources and the illegal supply of weapons to the "Artsakh" separatists still "under cover" of the Russian peacekeepers in Karabakh.

Following the start of the action by Azerbaijani environmentalists on the Lachin road, it has already been possible to stop the illegal export of ore from Azerbaijan. The separatists, who were carrying out illegal mining operations, have announced the cessation of operations at the mines. However, there is still the humanitarian aspect of providing the Armenian population of Karabakh with everything they need. Also, there is still no stable supply from the rest of Azerbaijan and such supplies need to be streamlined via the Lachin road.

The Azerbaijani authorities, aware of their responsibility for their Armenian citizens, recently discussed with representatives of the International Committee of the Red Cross (ICRC) the situation on the Lachin road and the delivery of humanitarian and food supplies to Khankendi. The Azerbaijani side expressed its proposals: there are no problems and obstacles for the delivery of humanitarian goods to Khankendi. But cars and cargo will be inspected. The same proposals were made by the EU.

As the Armenian side insists that up to 400 tons of different goods are delivered to Khankendi from Armenia every day, it was suggested to make a list of the cars, which deliver these goods and the companies, to which they belong, and under the condition of inspection all conditions will be created for their passing. This would allow the humanitarian and food supply issues of the Karabakh Armenians to be fully resolved until supplies could be established from other parts of Azerbaijan.

However, the Armenian side categorically refused this offer. The "Artsakh" separatists, the leaders of the remnants of the separatist gangs represented by Araik Harutyunyan and Ruben Vardanyan, refused. The same ones who shout hysterically to the whole world about "humanitarian disaster", "blockade" etc. It is obvious that the purpose of the criminal duo Harutyunyan-Vardanyan is not the delivery of goods needed by the population of the territories located in the zone of temporary responsibility of the Russian "peacekeeping" contingent, but the creation of an information environment around the mythical "humanitarian disaster".

At the same time, for the separatists "the worse it is for the Armenians of Karabakh, the better. They literally relish the "unbearable suffering" of the sick, socially vulnerable and poor Armenians of the region. There is a danger that the separatists will simply organise the deliberate deaths of such Armenians (i.e. actually kill them without providing the necessary medical and humanitarian assistance) in order to have an excuse to fan the scandal around the alleged "humanitarian disaster" that they themselves organise.