Abkhazia between war and "Monaco" 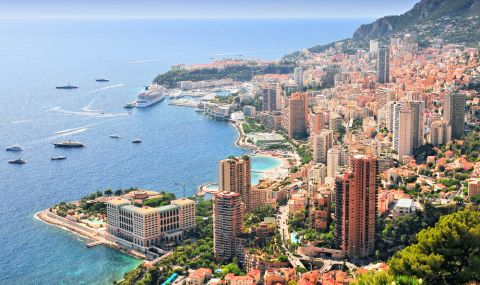 Usually, the separatists in Sukhumi and Tskhinvali, after each mentioning by Georgian officials of the occupied regions of Abkhazia and Samachablo immediately "give an angry response", in an aggressive and Georgophobic spirit. However, this time, after Georgian Minister Irakli Garibashvili on December 27th, during the presentation of the annual government report promised at least $10 billion investment in these regions in case of reintegration of the occupied territories, but there was no response or any other reaction from Sukhumi or Tskhinvali, even a day later.

And a proposal of the Georgian prime minister as a "gesture of reconciliation" towards Abkhazians and Ossetians was very strong.
"As you know, the so-called budget of occupied Abkhazia, if I am not mistaken, is 800 million dollars. Their budget is fully subsidized. For our Abkhazian and Ossetian brothers and sisters this is a lost opportunity. In case of reunification of the country, in the first three years we can invest around 10 billion dollars in Abkhazia and Samachablo. It can be organized very easily. We have already thought about this, we had a discussion at the economic council in this regard. Abkhazia can become a second Monaco. It is not an exaggeration. Abkhazia has great potential to become the second Monaco and Sukhumi the second Monte-Carlo.

So, of course, our policy is one of peace. We want to heal the wounds caused by so many wars. Once again I want to say that our policy will not be revised. We want to end this conflict, this terrible tragedy peacefully, and we want to achieve peace so that we can all live together in a unified and strong Georgia, a European Georgia" - stated Irakli Garibashvili.

The Prime Minister also noted that the goal of the Government of Georgia is to improve the economic and social situation of the population affected by the conflict and the reconciliation of the artificially divided society by promoting cooperation and trust based on common interests. According to Irakli Garibashvili, the most important task and idea around which the people of Georgia must rally is the unification of Georgia.

It is clear that the separatist puppets make all their statements solely on the baton of Moscow. And this baton is usually given in full coordination with the powerful Armenian lobby that has long had "plans" for Georgian Abkhazia. However, this time there was no "order to bark at Georgia" to the separatists. And it is clear why.

Russia, and the Kremlin in particular, due to the failure of aggression against Ukraine and the prospect of a protracted war of attrition and worsening international isolation, is not in a position to worsen already difficult relations with Georgia. As for the Armenian lobby, it does not care about Abkhazia and Samachablo now. The Lachin corridor blocked by Azerbaijani activists (free for civilians and humanitarian goods) has become a trap for the "Artsakh" separatists in Khankendi who are entrenched under the protection of Russian peacekeepers. The Armenian lobby is feverishly thinking about how to extend their self-rule on the Azerbaijani lands of Karabakh.

As for Abkhazians and Ossetians themselves, they have yet another reason to think seriously about their future. After all, today the Kremlin ruthlessly throws the same Ossetians into Ukrainian carnage, destroying the gene pool of a small nation. The same prospect faces extinct Abkhazians. The war is getting closer to the occupied Georgian territories.

Record influx of holidaymakers from Russia to Abkhazia last summer was largely due to the "breath of war" in the familiar places of rest of Russians. Abkhazia seemed "safe" for Russian citizens compared to the "frontline" occupied Crimea and even compared to Krasnodar Krai, which has already been "reached" by retaliatory strikes by the AFU (drone strikes on the port area in Novorossiysk).

However, already in the next 2023, the occupied Abkhazia will not be a "refuge for a holiday away from war". It is too close to the war zone. The repeated strike of Ukraine against the Russian strategic air base in Engels at a distance of more than 700 km from the front lines indicates that the entire Abkhazia, and primarily the occupant base in Gudauta "will be hit back" in case of continuation of the Russian aggression against Ukraine.

As a result, the Abkhazians have to choose. Either the status of "front-line area", death of young people in the Kremlin's adventure in Ukraine, retaliatory strikes on places of deployment of occupants in Abkhazia with the threat of death of local civilians used by the occupants as a "human shield" and stopping the tourist outflow. Or, security, peace, and as the prime minister of Georgia promises investments and dynamic development. And Abkhazia, if investors can legally invest on internationally recognized Georgian territories, protected by Georgian laws and international law, has every chance for a peaceful future, with developed international tourism.