Armenia is being offered membership of the "Union State" in exchange for Russian military aid.... Yerevan will naturally refuse. 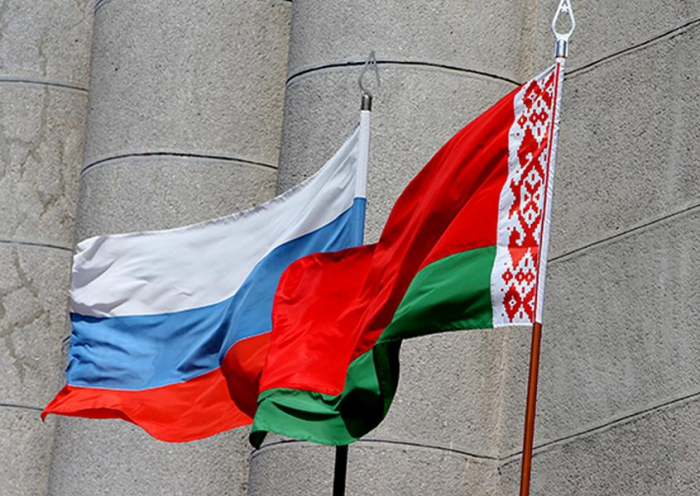 The " separation" of the seemingly "allies" of Russia and Armenia is a matter of actual decision. This is most eloquently demonstrated by the way in which Armenian Prime Minister Nikol Pashinian has been behaving during the current traditional summit of the CIS heads of state in St Petersburg. It is obvious that the expected meeting of Vladimir Putin, Ilham Aliyev and Nikol Pashinyan in a tripartite format within the framework of this summit did not take place precisely because of Pashinyan's position. Pashinyan has finally bet on the West to mediate with Azerbaijan. Prior to this Nikol Pashinyan accused the Russian troops stationed in Karabakh as peacekeepers of "inaction".

It is true that Russian peacekeepers are inactive - they do not carry out their functions and do not allow Azerbaijani environmentalists to inspect the development of mineral deposits on their territory. However, the Armenian side would like these peacekeepers to act as an occupation army on Azerbaijani territory in the Armenian interest (similar to the way they "peacemaked" in Abkhazia and Samachablo in their time), which in the position Russia finds itself in today, having thrown all its forces "on the Ukrainian front", is no longer feasible.

Also, Nikol Pashinyan has already raised the issue of Armenia's withdrawal from the CSTO, which would simply ruin the organisation. This will hit not only Russia, but also Belarus, which is closely integrated with Russia in the military sphere.

However, despite all the attempts of the Kremlin, Belarus does not let itself be dragged into the aggression against Ukraine, confining itself to granting its territories to the "ally". And it is precisely the Armenian lobby in the Kremlin that insists on Belarus' participation in the aggression against Ukraine. This could provide an opportunity to "free up Russian forces to protect Armenian interests in the South Caucasus.

As a matter of fact, the collapse of the CSTO initiated by Armenia will inevitably raise the question of Belarus' responsibility for the war in Ukraine, even in the format of granting its territories to the aggressor, and referring to the "formal alliance" within the CSTO will not work.  Apparently, this is why it is very important for Minsk to finally decide whether it is with Russia and the CSTO (with the prospect of joining the notorious "Union State" with Russia together with Belarus to share as much responsibility for the Kremlin's geopolitical adventures with Russia and Belarus as possible) or Armenia "on its own". And then the authorities in Minsk will in fact already denounce their relations with Russia within the framework of the "Union State", and "save themselves".

Not coincidentally, on the eve of the summit of the CIS heads of state in St. Petersburg, Belarusian Ambassador to Yerevan Aliaksandr Konyuk made a statement: "The Union State lacks a third country. I was watching and watching how our brothers Armenians reacted, and they supported me," Konyuk said. Clearly referring to the "Armenian brothers" among the revanchists who are still betting on Russia. Further elaborating on this thought, he said that the existence of the "Union State" is a determining factor of military security for the participants of such a "state". "Since Putin's arrival, S-400 and Iskander air defence systems have been put on alert. Moreover, Russia is assisting in the training of combat aircraft crews that carry special weapons. Here it is - the concreteness of the integration process within the Union State. Military bases are being established along our border, therefore we have no other choice with Russia," added the Ambassador of Belarus to Armenia.

Therefore, we have no other choice," added the Armenian ambassador to Armenia. The reaction of the Armenian media and social networks to the Belarusian proposal against the background of wild Russophobia in the country was predictably negative. In the social networks, the Belarusian proposal was referred to with obscene words and was "sent to hell" not only by Minsk, but also by Moscow. The Armenian nationalists have not been talking about any "gratitude to Russia" for a long time. Most likely, Belarus' offer of Armenia's membership in the "union state" will only accelerate the final and irrevocable U-turn of the already pro-Western authorities in Yerevan from Russia to the U.S. and France, and respectively marginalize the pro-Russian revanchists of the Karabakh clan headed by Robert Kocharyan even more.