Will the Wagner PMC protect separatists in Karabakh and Abkhazia? 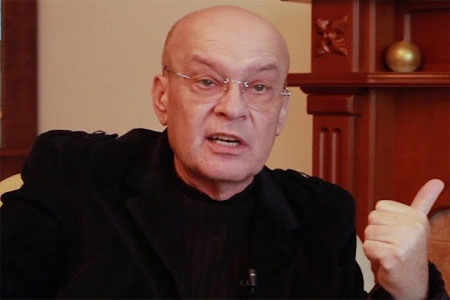 There is a real danger that even with the withdrawal of Russian occupation troops from Abkhazia and the Tskhinvali region, the so-called "private military companies" (PMCs) will be used against a peaceful solution to the reintegration of these territories into a unified Georgian state, and this could lead to new bloodshed. And the first "proving ground" for the use of PMCs to protect the separatists and separatist projects may become the Azerbaijani Karabakh. That is exactly the conclusion that can be drawn from a recent statement by the head of the Russian "Center for Public Applied Problems", retired colonel Alexander Zhilin in an interview with Telegram Channel "NEZIGAR".(https://t.me/russica2/49820 ):

"...Turkey is creating unbearable living conditions for the local population by blocking transport routes, energy pipelines and so on. It is one step away from massacres and the beginning of the physical destruction of the Armenian population.

What is Armenia to do? Seek allies. It is necessary to get closer to Iran and play on Iran's and Turkey's contradictions. The IRGC can really provide military assistance.

In general, the Artsakh leadership represented by Vardanyan can ask Tehran to introduce a limited contingent of troops, which will greatly cool the ardor of rampant Azeris. Of course, Yerevan has nothing to do but to get closer to Washington after agreements with Nancy Pelosi.

They say Artsakh has a weak army. Yes, not outstanding. But it is strong in spirit. Because "Artsakh" lives in every Armenian heart. Can we help the "Artsakh army"? Yes! The rich Armenian diaspora can easily hire several serious private military companies to join the ranks of national security forces. The same Wagner is not an exception.

We have to understand the main thing. The problem of "Artsakh" is not even about the territory, but to save the people living there who want to take away their living space by physical destruction...".

The logic of helping the "Artsakh" separatists, as voiced by Alexander Zhilin, is understandable and fits in completely with the logic of the Armenian lobby, which actually betrayed Russia. It is no coincidence that Zhilin repeats the thesis on the "necessity of inviting" the United States to the South Caucasus, a zone which Russia used to consider "its own". Well, he has in fact already written off the Russian peacekeepers, though, traditionally accusing them of leaving for the Azerbaijani side. And by the way, accusing Azerbaijan of trying, "to push Armenians against Russian peacekeepers", to portray them as guilty and thus "push them out of the region".

However, the whole problem is that the Americans, even if they theoretically come in place of Russian peacekeepers, will not shed blood for the interests of Armenian nationalists. And so here Zhilin voices the plans of the Armenian lobby to attract PMCs to "protect Armenians from genocide". And both Russian PMC Wagner, and possibly Western PMCs.

As for the Iranian Islamic Revolutionary Guard Corps (IRGC), on whose help the "Artsakh" separatists are also counting, according to many military analysts, outside of Iran, the IRGC is increasingly less different from the "classic" PMCs, ready to kill "anyone they want" for money.

Moreover, this practice was largely due to the fact that the IRGC special forces commander of the Al Quds Brigade, General Qasem Suleimani, was eliminated by the Americans. It was Suleimani who turned the IRGC's al-Quds Force into a "private military company" which carried out "orders" in Iraq and Syria, at the same time inflicting cruelty on "disloyal" civilians, even by the standards of those civil-war-torn countries.  In Iraq, for example, al-Quds brutally suppressed peaceful Iraqi protests in 2019 on Suleimani's orders. Protests, by the way, against the government "put in power" in Iraq by the former US occupiers.

Suleimani successors are also unscrupulous in their moral principles and for the money and interests of their foreign "handlers" are willing to kill Muslims wherever they are "ordered and paid", i.e. "in the PMC regime.

For Georgia, such "logic of assistance to the separatists by PMCs," which completely tramples the international law and national sovereignty, is very dangerous. Having tried involvement of PMCs to "save Armenians from genocide" in Karabakh, the Armenian lobby can similarly attract PMCs to address their nationalist interests in Georgia. For example, to protect "Javakhk Armenians" in Samtskhe-Javakheti. Not to mention the fact that with the help of PMCs they can "protect Armenians from the "genocide", as well as claims of settlers and looters, to seized property and houses and flats of Georgian refugees in Abkhazia.