Violations of investors' rights and funding of corruption in the EU by the "Artsakh" separatists! 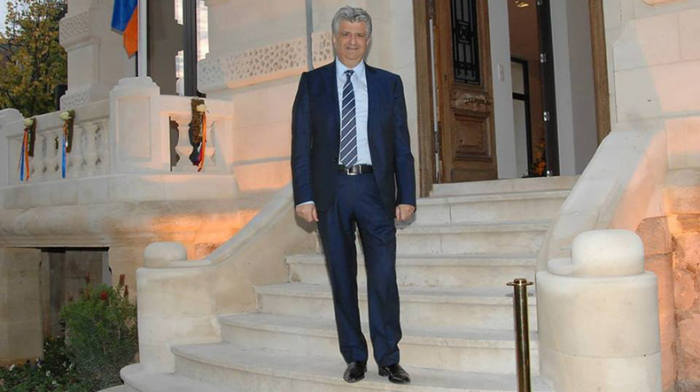 Anglo Asian Mining, a British company engaged in gold, silver and copper mining in Azerbaijan, has written to the UN, the US State Department, the UK Foreign Office and the European Union, asking for support in restoring legal rights of business and ensuring safe access for its employees to the Gizilbulag and Demirli deposits and adjacent territories in Karabakh.

Anglo Asian Mining has obtained legal rights from the Azerbaijani authorities over two contract areas in Karabakh, the Gizilbulag gold mine and the Demirli copper and molybdenum deposit. On 5 July 2022, the Azerbaijani parliament granted the company additional concessions, including the deposits in Karabakh. However, the company cannot gain access to the fields because the contracted areas are located in the area of responsibility of Russian peacekeepers. Here, without any legal rights, the Vallex Group, together with the Armenian 'Artsakh' separatists, continue to illegally exploit the Gizilbulag and Demirli fields.

Anglo Asian Mining, a Central Asian gold, copper and silver producer, has an extensive production portfolio and mining assets in Azerbaijan. As at 31 December 2021, the company produced 64,610 troy ounces of gold equivalent (more than 2,000 kg). In December 2021, the company invested 19.8 per cent in Libero Copper & Gold Corporation (Libero). Libero is listed on the Canadian Securities Exchange (TSX Venture Exchange) and owns or has the ability to acquire mining rights to several copper mines in North and South America, which contain the world's largest undeveloped copper-molybdenum deposits, including Mokoa in Colombia.

Basically, Anglo Asian Mining's next step, if its rights are not restored, will be to take legal action against those commercial entities and individuals who not only violate its rights, but as recent scandals show, are involved in funding corruption in illegal lobbying in the EU.

The Vallex Group, which carries out illegal mining, is registered in Switzerland and is linked to Vardan Sirmakes, a Swiss billionaire of Armenian origin. He is also the CEO and co-owner of Franck Muller, a luxury watchmaking company.

Vardan Sirmakes, once appointed Consul General of Armenia in Marseilles by former President Serzh Sargsyan, was and remains one of the main sponsors of the 'Artsakh' separatists in Karabakh. Thanks to Sirmakes' contacts in Switzerland and the European Parliament, "Artsakhbank", in which he owns 66.3 per cent of shares, since 2003 is a member of SWIFT International, and since 2005 a branch of the international payment system Europay/Mastercard.

Vardan Sirmakes, along with the leaders of Artsakh separatists, is also the main beneficiary of the illegal exploitation of the "Gizilbulag" mine.  Sirmakes spends part of the proceeds from the plundering of Azerbaijan's subsoil resources to bribe European officials and politicians.

The role of structures such as the European Friends of Armenia (EuFoA) and the Armenian General Benevolent Union (AGBU), largely organised through the efforts of Sirmakes, should be highlighted here. The EuFoA and AGBU structures financed by Vartan Sirmakes' "dirty money" are closely and fruitfully "cooperating" with members of the European Parliament. In particular, we are talking about the already mentioned thirty-three MPs who are members of the "Friendship Group with Armenia" and consistently support the "Artsakh" separatists in Karabakh.

The Belgian investigative authorities, who discovered corruption in the European Parliament, have already issued a warrant for the arrest and interrogation of the Vice-President of the European Parliament Eva Kaili and four other people. At the same time, the Euronews television channel reports that the launched investigation could lead to the arrest of at least fifteen more MEPs who are active participants in the illegal lobbying of interests. Eva Kylie, for her part, is known for her links to the Armenian lobby and is deputy chair of the "Friendship Group with Armenia" in the European Parliament. Other Euro MPs suspected of corruption by Belgian investigative authorities are also linked to the Armenian lobby.

A great scandal is looming, if confirmation is found that Euro MPs are mired in corruption and illegally lobbying for the interests of marauders looting Azerbaijan's subsoil and violating the rights of Anglo Asian Mining, the legal owner of the Gizilbulag and Demirli mining contract. That is why, lately, the "European outrage" over the alleged "threat of genocide of Karabakh Armenians" has not reached such a resonance, as the Armenian revanchists and separatists hoped it would. All the more so because these revanchists and "Artsakh" separatists are simultaneously linked to the Kremlin regime, which has stained itself with blood and become a pariah in Europe.