"Armenians of the stumbling block" between France and Russia 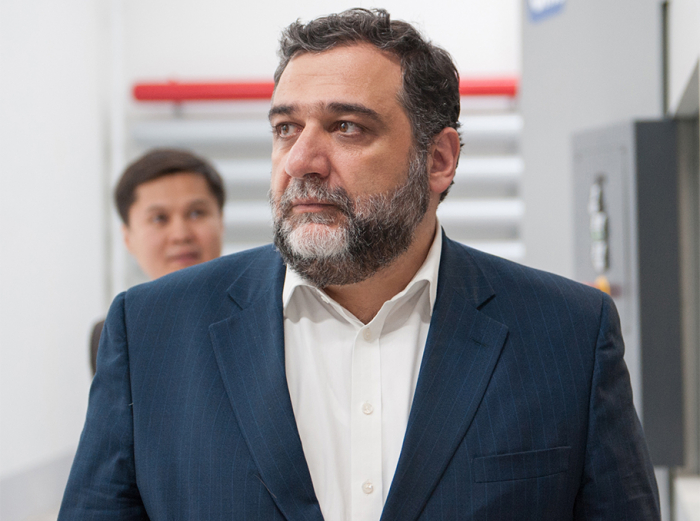 Russian political analyst Sergei Markov forecasts escalation in Karabakh in the near future and directly suggests that there may be a "French trail" in this escalation: "Karabakh. Ruben Vardanyan is preparing to strike.

1. he gathers a mass action in Karabakh on 19 December.

3. After the mass clashes Ruben Vardanian will appeal to the EU and his main hope, France, to send their observers to the Karabakh region.

4. This is the plan to replace Russian observers in Karabakh with French ones.

5. France is now trying to "take Armenia away from Russia" in retaliation for Russia "taking away the Central African Republic and Mali and Burkina Faso" from France.

6. With Ruben Vardanian's arrival in Karabakh, the situation in Karabakh has escalated and is likely to further escalate. He will replace Russia with France. He has already replaced his Russian passport. I think he has already received a French passport," says the Russian political analyst.

Sergey Markov's mentioning of the conflict between Russia and France around the former French colonies in Africa is very interesting here. And this conflict has recently escalated "into a "hot terrorist phase", with the undermining of Russia's "overseer" in Central Africa, Dmitry Sytoy. In particular, another Russian political analyst, Stanislav Belkovsky, released the following information: "In CAR (Central African Republic), the head of the Russian House has been hospitalised (https://t.me/infojetNEWS/10335) in a serious condition after an assassination attempt. Dmitry Sity, the head of the Russian House cultural centre, was seriously wounded in the city of Bangui in the capital of the Central African Republic (CAR). He had received an anonymous parcel containing explosives. It was reported on the social media of the Commonwealth of Officers for International Security. The information was confirmed by the press attaché of the Russian Embassy in the CAR, Vladislav Ilyin. According to the commonwealth, Dmitry Sytiy received a parcel with an explosive substance; it exploded in his hands. The incident occurred on the morning of December 16.  The head of the CAR police called the whole affair a terrorist attack.

Е. V. Prigozhin released a statement (https://t.me/Prigozhin_hat/2228) which, among other things, called for France to be declared a sponsor of terrorism: "In the Central African Republic, which has been oppressed for hundreds of years by the French, who have been destroying the population and plundering the wealth of the CAR, the "Russian House" was opened on 1 February 2022. It was headed by Dmitry Sytny, a patriot of Russia and the CAR. On November 11, Dmitry Sity received a parcel from Togo with a photo of his son living in France. It contained a note saying that next time he would receive his son's head if "the Russians don't get off the African continent and open the doors to the French." Today a parcel arrived for him again. Despite all the safety instructions, Dmitry Sity, in a state of rage and thinking that his son's head was in the parcel, opened it. There was an explosion.

At the moment, Dmitry Sity's life is in great doubt. Russian doctors are doing all they can at Bangui hospital to save him. Before he lost consciousness, Dmitry Sytoy managed to say: "I saw a note: 'This is for you from all the French, the Russians will get out of Africa'.

I have already appealed to the Ministry of Foreign Affairs of the Russian Federation to initiate the procedure of declaring France a state sponsor of terrorism as well as conducting a thorough investigation into the terrorist methods of France and its western allies - the US and others.

If Dmitry Sytiy survives, he will continue his fight and see with his own eyes how those who attempted to kill him will burn in the flames of history. If he dies, he will forever remain a symbol of this struggle. No Russian will ever retreat from the African continent until all the colonisers have withdrawn beyond the borders of their countries."

Meanwhile, Evgeny Prigozhin, head of Russia's largest and most successful (even judging by the fighting in Ukraine) private military campaign. In any case, despite the absolutely savage losses (the PMC does not spare the people, today, Prigozhin's Wagner PMC is advancing an average of 100-200 meters per day in Bakhmut and its surroundings), it has not suffered a crushing defeat so far.

According to many indications, it is the Wagner PMC that will play a key role in preparations for the winter "re-offensive" of the Russian troops from Belarus to Kiev (there is already information about the transfer of Russian mercenaries from the Wagner PMC to Belarus).

This also raises questions about the strange recent death of Belarusian Foreign Minister Uladzimir Makei, which some experts directly blame on the Russian security services. Meanwhile, Uladzimir Makei was known for his contacts with the Vatican and for the fact that he sought to remove Belarus as far as possible from the Russian influence. The Vatican, as we know, is geopolitically closely connected with France.

And so, against this background, Prigozhin, a "viceroy" close to Putin, is first blackmailed in Central Africa, demanding that "the Russians get out of Africa", and then demonstratively blasted by the French secret services.

"Inconsistencies of action" and sometimes direct clashes of interests between the Kremlin and France are evident in many parts of the globe. At any rate, Vladimir Putin's "cook" and close confidant, Yevgeny Prigozhin, is the first politician close to the Kremlin to openly accuse France of "terrorist methods". Although such accusations had previously been unthinkable.

To a certain extent, Russia and France have acted in concert with each other in various parts of the world, both in Africa and in the South Caucasus, up to a certain point.  They also coordinated their actions on Iran. Today, against the background of the protests in Iran (which may well result in a transformation of power) and the temporary suspension of Iranian arms deliveries to Russia in November or early December 2022 (these deliveries began again some time ago), the disagreements between Moscow and Paris in Africa also do not look accidental.

But the "landmark" region where Russian and French interests may diverge is certainly the South Caucasus. Here, the fact that Armenian nationalists are already betting more on Paris than on Moscow is visible to the naked eye. And the provocations in Karabakh, as well as the different reactions of Russia and France to them, may become a "watershed" which is fraught with a serious conflict between Moscow and Paris, previously allied in the "Armenian question".