Separatist loophole is being covered up - there will be Azerbaijani customs on the Lachin corridor! 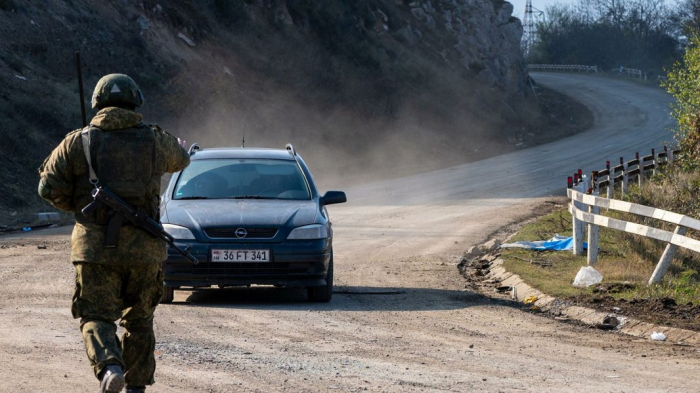 In the near future, another decisive step will be taken to eradicate separatism as such. For once the channel for feeding separatism from outside is being covered up in Karabakh in Azerbaijan, but there is hope that similar measures will be taken in Georgia in the territories of Abkhazia and the Tskhinvali region.

Hopefully, from now on the uncontrolled movement of goods and commodities through the Lachin corridor into Azerbaijani territory into the area where the Russian peacekeepers are stationed will be a thing of the past.  All cargoes will be subjected to customs inspection by Azerbaijan. This was announced by Major-General Andrey Volkov, commander of the Russian peacekeeping forces deployed in Karabakh.

According to Volkov, the "mini-customs" will operate at the first Russian checkpoint, located on the Khankendi-Goris highway near the Azerbaijani-Armenian border.

" We now reached an agreement with the Azerbaijani side to set up a mini-customs office, to put special equipment at our first post". - General Volkov said in an interview with Azerbaijani public television.

"We had no technical means of inspection," explained Andrey Volkov, describing how the Russian military had previously checked vehicles following the Lachin corridor by simply opening the boots and conducting a visual inspection.

Understandably, General Volkov used the word "mini" in reference to the customs checkpoint only to appease Armenian nationalists. But how "small" or "big" the Lachin corridor will be is up to the Azerbaijani authorities to decide. And it will largely depend on how freely cargo and goods will transit through the other corridor - the Zangezur corridor.

For the time being this corridor is not operational, although the opening of the Zangezur corridor was originally linked to the existence of the Lachin corridor.  Azerbaijan has every right to carry out the strictest and most discriminatory inspection of cargoes and goods entering its territory through the Lachin corridor. In order to prevent illegal movement of weapons into the territory of Azerbaijan that are seeping into Khankendi, despite the agreements on full disarmament of the illegal separatist armed groups.

Russian political expert Sergey Markov also described one of the reasons why the Azerbaijani side has now raised the issue of customs inspection of cargoes travelling along the Lachin corridor:

"Azerbaijan is very unhappy that Ruben Vardanian, as soon as he became head of the Karabakh Armenian community, immediately started making money by exploiting a gold mine on Karabakh territory. Both the UN and Russia consider it to be Azerbaijan's wealth. Vardanyan takes out ore by trucks at night. This business, of course, has long been registered on some firm in Switzerland. But it is clear to everyone that Vardanyan runs everything there now.

On this basis, the Ministry of Ecology and Natural Resources of Azerbaijan blocked the road from Karabakh to Armenia, on which trucks take the ore. And this is the only road, except for trucks with ore for Vardanyan's enrichment, also ordinary Armenians use it.

Then a crisis broke out. Therefore, the head of the Russian peacekeepers had to intervene. It was resolved. But if the situation continues, the next crisis will happen again quickly. And perhaps it will not be resolved by the general alone."

A separate issue that must inevitably be resolved once full customs control is established in the Lachin corridor is border control. Since, after the 44-day war, this corridor continues to be used by extremists and terrorists, as well as Iranian special services, to enter Azerbaijani territory, in addition to the permanent civilians of Karabakh of Armenian ethnicity who have the right to do so. Also, people who have nothing to do with Karabakh Armenians and who come here to support separatism, and not for peaceful purposes, continue to travel illegally.  Such as Ruben Vardanyan, a Russian billionaire of Armenian origin, who was "sent" to Azerbaijani territory.

At that, for Georgia the precedent of the Azerbaijani customs post on the Lachin corridor is important because it brings closer a day when Georgian customs posts will appear near the Roki tunnel on the road from the Tskhinvali region of Georgia to Russia, and on the river Psou on the Abkhazian section of the Georgian-Russian border.