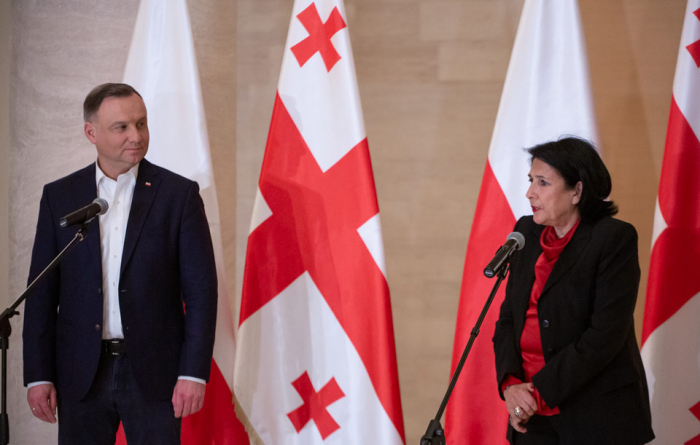 Poland has always supported Georgia, and Georgia recognizes that it can rely on its ally Poland on the European integration path, Georgian President Salome Zourabichvili declared at a joint press point with her Polish counterpart, Andrzej Duda.

“Poland has always backed Georgia’s territorial integrity. It stood by Georgia in 2008 and correctly assessed the future threat when we failed to receive the appropriate international reaction,” she added.

Zourabichvili discussed the ongoing war in Ukraine, emphasizing that Russia has revealed its true expansionist, imperialist, and aggressive face. Georgia, according to the President, stands in solidarity with Ukraine.

“Georgia understands the cost of freedom and independence that Ukraine is paying today because it has paid for it in 1921, 1992, and 2008, and it recognizes that our destiny is intertwined. As a result, the entire country believes that Georgia should stand in solidarity with Ukraine and support Ukraine to the best of its capacity,” she went on, stressing the ongoing war has claimed the lives of 33 Georgian warriors, whose names will live on in memory.