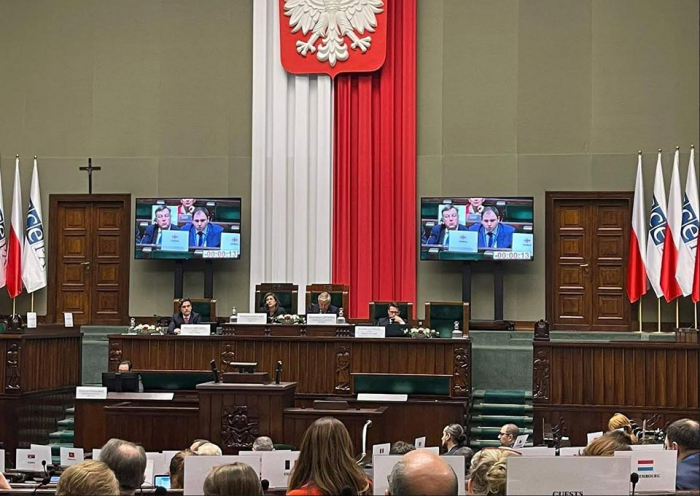 Head of the Georgian delegation to the OSCE Parliamentary Assembly and Chairman of the parliamentary Foreign Affairs Committee Nikoloz Samkharadze participated in the sitting of permanent committees and bureaus of the OSCE PA in Warsaw, Poland.

Nikoloz Samkharadze compared the facts to the humanitarian crisis situation in the occupied regions of Georgia that resulted in the displacement of approximately 250 thousand ethnic Georgians.

He went on to say that Georgian children were deprived of learning in the Georgian language and that Georgian trace was continuously being erased across the occupied territories.

“The Russian Federation established an apartheid regime, discrimination of ethnic Georgians continues. This fact is confirmed by the European Court of Human Rights. Georgia won the case. Georgia also won in the International Criminal Court, which recognized Russia guilty of the war crimes,” he stated.

Nikoloz Samkharadze said Georgia had shared this experience with Ukraine. “Georgia, which is a member of the ICC, assisted Ukraine in filing a lawsuit against Russia and will continue to provide similar aid to its friend country in the future,” he said.