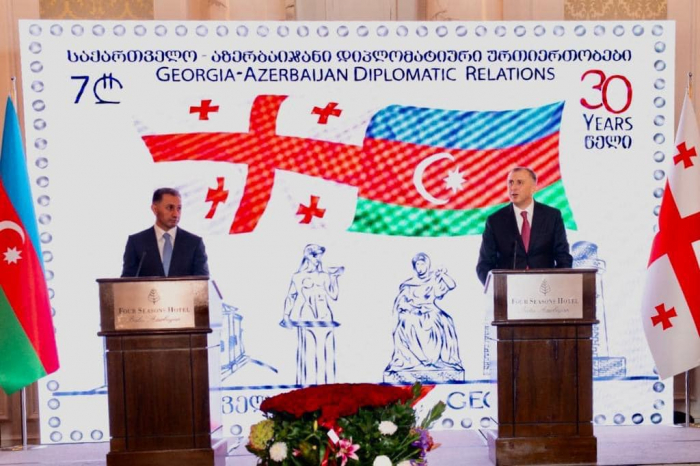 Baku hosted a number of activities to mark the 30th anniversary of the establishment of diplomatic relations between Azerbaijan and Georgia.

According to the Georgian MFA, Georgia’s Ambassador to Azerbaijan Zurab Pataradze held a meeting with the Deputy Azerbaijani Foreign Minister, Khalaf Khalafov. The pair discussed the cooperation history in the current era.

In addition, Heydar Aliyev Palace hosted a gala concert of Erisioni, a Georgian State Academic Ensemble of Song and Dance, with the support of the Georgian and Azerbaijani Culture Ministries.