Russia "surrenders" Armenia's defence to the EU and Iran 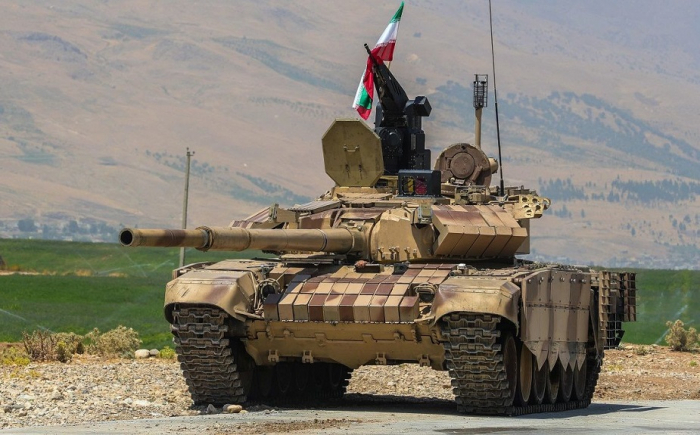 In recent days there have been trends towards peace and the unblocking of communications in the South Caucasus, on the one hand, and new risks on the other. First and foremost, the deployment of European observers along the Armenian-Azerbaijani border, and on the Armenian side, should be noted.

The EU has decided to send up to 50 monitoring experts to Armenia along the international border with Azerbaijan to monitor, analyse and report on the situation in the region. This decision followed a quadripartite meeting between President Ilham Aliyev, Prime Minister Nikola Pashinian, President Emmanuel Macron and EU Council President Charles Michel in Prague on 6 October.

Certainly, if there are no provocations, the European Union mission deployed in Armenia along the border with Azerbaijan could help demarcate and delimit the border and open cross-border communication, the same Zangezur corridor. However, it should not be forgotten that Armenian nationalists and revanchists have always subjected such missions to provocations and even attacks to derail the peace process. As a result, observers can become potential participants in these provocations. The observers can be easily "set up" by firing at Azerbaijani territory from their location to provoke a return fire, or they can even be directly attacked and even killed to blame Azerbaijan. It is clear that unleashing a new war is half the battle for the provocateurs. At the very least it must not be lost quickly. Because the fighting capacity of the Armenian army, as shown by the 44-day war and the recent clashes, is at an extremely low level. The revanchists need someone to fight for Armenia this time or to ensure impunity for the Armenian side with their presence. Russia is unlikely to do this in the current situation, as it is bogged down in the war in Ukraine. It is clear that the Europeans are unlikely to really come to Armenia's aid either, even if they agree to the introduction of 'European peacekeepers'. This leaves one force that the revanchists seem to be counting on - Iran. It seems very likely that it is to Iran that the Russian Federation intends to pass the baton of "defender of the Armenians".

In recent years, Russia and Iran have been clearly perceived by most political analysts as allies and partners. Moreover, Iran has been clearly assigned the role of junior and "dependent" partner in this tandem. However, recent weeks have shown the sharply increased importance of the alliance for the Russian Federation with Iran, especially in light of the problems that the Russian army has in Ukraine today.

Russia's military campaign of strikes against Ukraine's energy infrastructure, which began on 10 October, would hardly have had any effectiveness if not for Iranian drones. Tehran has also promised to provide Russia with ground-to-ground missiles in addition to a new batch of drones, including precision-guided ballistic missiles of the Fateh and Zolfagar types (700km range). The agreement was reached on October 6, when Iranian First Vice-President Mohammad Mohber, leaders of the Iranian Revolutionary Guard and a representative of the Supreme National Security Council visited Moscow for talks with Russia on arms supplies.

Iran's arms shipments to Russia have already caused a diplomatic scandal and Ukraine is raising the issue of severing relations with Iran. One way or another, Iran is becoming a factor in the Ukrainian war, even though it is located very far from Ukraine and Iran has no special interests on Ukrainian territory. Moreover, it can be expected that with the weakening of Russia (due to the Ukrainian war) Iranian influence in the South Caucasus, which is geographically and historically extremely close to Iran, will increase dramatically. Russian troops aside, the Iranian armed forces are the only ones in the region that could theoretically "stand up" for the Armenian nationalists, given the long-standing ties between the regimes in Tehran and Yerevan.

On 17 October 2022, on the eve of the deployment of the EU mission on the Armenian-Azerbaijani border, Iran's Islamic Revolutionary Guard Corps (IRGC) ground forces began a major exercise near the northern border and it appears to be a very significant development. The manoeuvres, code-named "Ektedar" ("Force"), are taking place in the province of East Azerbaijan (the provincial centre is Tabriz). The exercises include a "helicopter operation, a night landing operation, the use of combat drones as well as the erection of a (pontoon) bridge across the Arax River. In theory, Iranian troops are ready to invade Nakhichevan, as well as Zangezur and Karabakh at any time. The only question is what can provoke them to such action.

Obviously, the IRGC cannot explicitly act as a "replacement" force for the Russian troops on the territory of Armenia and especially as peacekeepers in Karabakh, Azerbaijan. And in principle, it will be very difficult to explain to the Muslim population of the Islamic Republic of Iran, especially the southern Azeris, why their army is fighting against the Muslim brothers of the northern Azeris on the side of the Armenian terrorists. But provocateurs may well play another combination, given the "anti-Western" propaganda of many years in Iran. Namely, to explain the alleged "necessity" of Iranian troops to the north of the Arax River not by the protection of Armenians, but by the alleged "threat from the godless West" to the Islamic Republic of Iran itself. Here too, the deployment of European observers to Armenia and possible Armenian provocations against them can play the role of a "detonator", blowing up the region.

No wonder Azerbaijani President Ilham Aliyev and Iranian leader Ebrahim Raisi met in Astana and reportedly expressed concern over the presence of European observers in Armenia. Iran is all the more uncomfortable with the possible deployment of a Western "peacekeeping" contingent to Armenia.  This is the solution that the Armenian diaspora could lobby for in the event of a provocation that would involve an attack on, and perhaps even the death of, the observers.

In this case, Iran may well decide to 'preemptively deploy' its forces into Armenia, as a 'forced peacemaker'. Or to introduce them at the same time as the Western contingent, albeit symbolic. All the more so because this deployment can be prepared by the same Russia, which, on the one hand, needs to "release" troops from the South Caucasus for their participation in the Ukrainian war, and on the other hand, Russia is clearly not satisfied with the way the EU "pushed back" from its role as a moderator of the Armenian-Azerbaijani settlement. And then the conflict in the South Caucasus could indeed become the hotbed of a new world war.

Of course, Yerevan's sober-minded politicians may nevertheless refrain from dragging the country into provocations fraught with the risk of geopolitical catastrophe and extinction from the political map of the world. But danger of provocations should not be underestimated either.