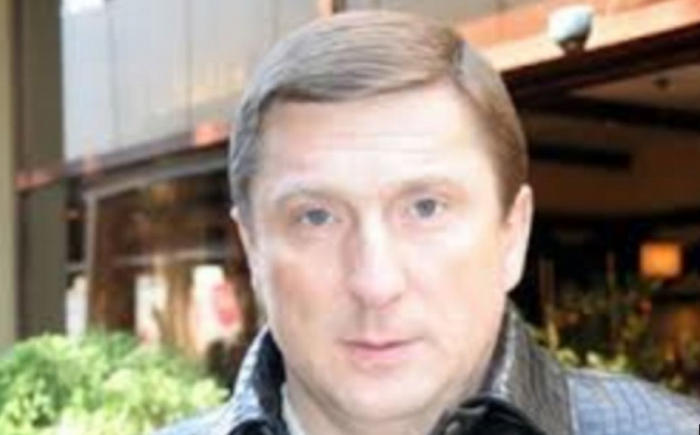 Another scandal erupted in separatist Abkhazia, which shows who the real master of this territory is. It all started when the opposition so-called Abkhazian People's Movement (APM) sent a request to the so-called "General Prosecutor's Office of Abkhazia" to check the legality of the issue of some 6693 Abkhazian separatist passports during the period from 2020 to 2022. Of these 6,693 people: Armenians - 3,061, Russians - 1,526, Georgians - 1,102, representatives of other nationalities - 1,004.

It turned out that the largest number of passports for the new "citizens of Abkhazia" was issued to ethnic Armenians. Well, Georgians who received separatist passports are mostly powerless residents of the Gali district who were deprived of their separatist citizenship and with great difficulty, by hook or by crook for big money restore their right to exist on their native land, in Abkhazia. This makes it possible to have at least some rights on their native land.

It is understandable that these rates of increase in number of the Armenian community cannot but worry Abkhazians.  The leader of the IDA opposition politician Adgur Ardzinba, commenting on the request of the separatist "general prosecutor's office", stressed that also a well-known criminal authority Ruben Tatulyan obtained the separatist citizenship illegally: "Among this large number of people there are names that we have certain questions. We have sent all the material to the Prosecutor's Office for it to study, most of the documents there are probably in order. But as we know it doesn't take a thousand passports but one case to start a criminal case. I think there is some work to be done there, we need to look at it carefully. Look, there are well-known personalities in this list, such as Ruben Albertovich Tatulyan. You know him, right? He received an Abkhazian passport on December 1st 2020. He was not born here. We would like the Prosecutor's office to pay attention to this. Of course, there is point B of the second part of the article 14 that allows the President to give citizenship by direct decree to persons who have special services before "the republic of Abkhazia" or to those who have profession and qualification that are of special state interest to "the republic of Abkhazia" - said Adgur Ardzinba hinting at what "service" Ruben Tutulian received the separatist passport. It is known that Ruben Tutulyan not only acts as a patron of the separatist regime, but it was he who in fact brought the current separatist puppet Aslan Bzhania to power.

Adgur Ardzinba also pointed out that Tatulian was not only a holder of Abkhaz separatist "citizenship", but also a diplomatic passport. The fact is that in 2017 there was an incident in the Czech Republic in which the same Tatulyan appeared, only with an Armenian diplomatic passport.

Ruben Tatulyan was very quick to respond to the outrage of Adgur Ardzinba and many Abkhazians at his obtaining a separatist passport. He immediately pointed out who he considers himself and other Abkhazians to be, what place they actually occupy on their own land. He commented to Sputnik on the request of the Abkhazian opposition to the separatist "general prosecutor's office" about the legality of the Abkhazian passport and statements of Adgur Ardzinba in his address.

Ruben Tatulyan said that his great grandparents and parents were born and lived in Abkhazia, and his relatives "shed blood for the freedom of Abkhazia". "They shed blood for freedom side by side with the entire international people of Abkhazia. There are "heroes of Abkhazia" in my family. I have always considered myself a citizen of Abkhazia, regardless of whether I have a passport or not," Tatulyan stressed.

He also recalled that for 30 years he had helped the separatist regime to repair schools, kindergartens, roads and noted that he had "always done so with great respect. Ruben Tatulyan added that he does not understand the "two-faced attitude" of Adrugh Ardzinba, who during personal meetings expresses his respect and at the same time through the press asks "other questions. That is, it indicates that Adgur Ardzinba is simply afraid of him and does not dare to tell the truth to his face.

"I can confidently draw the following conclusion - Adgur Ardzinba does not have enough character and mental strength to ask me questions directly. This man regularly engages in fakes, passing off unverified facts as reality. With my personal funds, I am willing to make a donation to purchase Head & Shoulders shampoo for this man. Everyone knows what this shampoo helps," Tatulyan said.

Head & Shoulders is known as an anti-dandruff shampoo. This "head washing" is addressed not only to Adgur Ardzinba but to all Abkhazians who are unhappy with the dominance of the Armenian lobby.

Ruben Tatulyan was also supported by the Armenian community of Abkhazia, although not yet in such a ham-handed manner. Representatives of the community said that Tatulyan deserves citizenship of Abkhazia, as he rendered charitable assistance of about 60 million rubles, has gratitude of the separatist "ministry of education" and "state committee of youth of Abkhazia". According to the Armenian diaspora in Abkhazia, they are "doing" so much for the Abkhazians, while they are still "ungrateful".

Most interestingly, offensive remarks of Ruben Tatulyan about Adgur Ardzinba were also supported by Abkhazians who are simply afraid of Armenian criminals and understand what they can do to those who are displeased.

One of the Abkhazian TV channels wrote: "Tatulian without an Abkhazian passport will live peacefully and prosperously, which cannot be said about Abkhazia without Tatulian. Why? Because Robson (a criminal nickname of Ruben Tatulian - ed.) is: United Russia party, Sochi Watchdog, Money, Armenian diaspora. If Abkhazia can become fully self-sufficient and will not depend on the Sochi factor, then we can forget about Tatulian and cancel his passport and status of advisor/assistant to the President of Abkhazia. But so far this is unrealistic and Bzhania has to make it work by establishing relations with his neighbour, including distribution of passports and positions ...".

In other words, in Abkhazia they are banally afraid of Armenian criminals. They are also afraid of Russia, which occupies Abkhazia and is dependent on the Armenian lobby. They are afraid of everything. The question is, what kind of "independence" is it, when any criminal from abroad can dictate their "laws"?

Ruben Tatulyan and his associates, and in principle the Armenian lobby have all means to shut up those who are not happy with their dominance in Abkhazia. All the more that now Abkhazian "masters" from among the Armenian lobby have an excellent tool such as mobilization for war in Ukraine. If disgruntled Abkhazians (almost all having Russian citizenship) are outraged by the way Abkhazians are settled by Armenians and are given separatist citizenship, they will very quickly be issued summons to the military registration office and sent to the front. The same as they are now sending South Ossetians with Russian citizenship. They are already catching its inhabitants on the border of separatist so-called South Ossetia and taking them directly from the border to the Ukrainian massacre. The same thing is likely to happen in the near future in separatist Abkhazia.

Obviously, the Abkhazians have finally lost even the right to vote in their native land. There is no doubt that after Ruben Tatulyan "put in place" those who were not happy with the distribution of the separatist citizenship, passports of citizens of Abkhazia will be distributed with double force to new parties of Armenian settlers. All the more that the Abkhazian separatists, the upper circles of which are completely dependent on the Armenian lobby, have no ways to stop the flow of Armenian settlers into Abkhazia.

And in general Ardzinba has every reason to seriously fear for his life and lives of his family and friends. Ruben Tatulyan is known to be ruthless against "those who stand in his way". And those who dispute his right to feel "master" of separatist Abkhazia, he can kill eloquently.