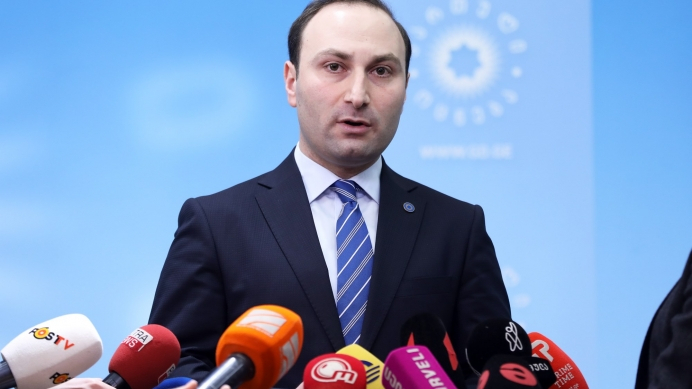 By objective standards, the de-oligarchization bill cannot be applied to Bidzina Ivanishvili, the chairman of the legal affairs committee, Anri Okhanashvili, told reporters.

According to him, the consideration of the bill should be done transparently so that the public can see who are the persons who will be included in the list of oligarchs.

"The issue should be discussed in the Parliament of Georgia as transparently, inclusively and with the involvement of political groups as possible. The relevant criteria should be discussed, information should be sought regarding the relevant persons, discussed at the committee and plenary session, and this should be as transparent as possible, so that our society can see who are the persons who meet these conditions and how these people will be included in the register of oligarchs. Accordingly, we will discuss this matter in the Parliament of Georgia.

By objective standards, this bill cannot be applied to Bidzina Ivanishvili, for the simple reason that the three criteria that are proposed cannot guarantee that Bidzina Ivanishvili will be included in the list of oligarchs. I can tell you for sure that all three components are met by Kezerashvili and those other oligarchs who, by confessions, facts and statements of the opposition, admit that they can be oligarchs," said Okhanashvili.