Armenian lobby as a nuclear gravedigger of Russia 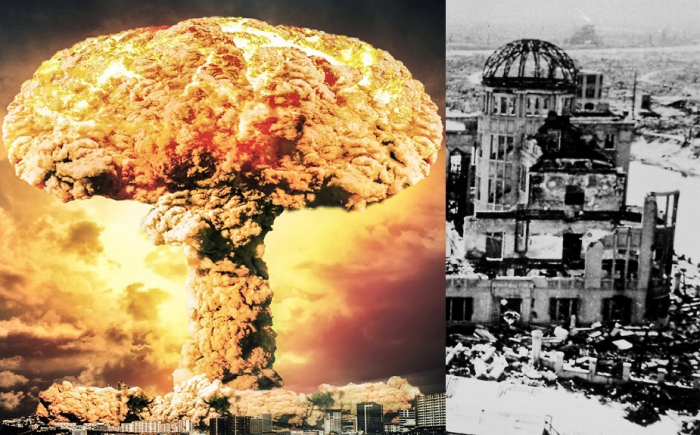 On 20 September 2022, Mararita Simonyan, an American intern and now the Kremlin's chief propagandist, again published a post about "expecting nuclear war" in her "telegram":

"Judging by what is happening and still about to happen, this week marks either the eve of our imminent victory or the eve of nuclear war.
I can't see any third."

Since a Russian victory in a Ukrainian war is impossible in principle (with the entire collective West helping Ukraine, it is simply unrealistic), we are left with the nuclear war that the Armenian lobby, represented by Margosha Simonyan, so ardently desires. The war in which Russia, as the initiator of such a war, will predictably be destroyed under any scenario (there can be no doubt that there will be a retaliatory strike). The only nuance is how many millions or billions of people from the rest of humanity the Kremlin leadership will take with it to the grave.

This obsessive "pushing Russia towards nuclear war" which is what short-sighted "Jingoists" like Margarita Simonyan are calling for in the Russian leadership, doesn't seem to be a coincidence. This is most likely the "main order" from the "new masters" of Armenia and the Armenian lobby.

That Armenians are "best friends" was best illustrated by the real hysteria of "adoration" of the US and hatred towards Russia, which swept Armenia very recently during US House Speaker Nancy Pelosi's visit to Yerevan. Neither Margarita Simonyan nor other representatives of the Armenian lobby in Russia "paid any attention" to such behavior of fellow Armenians in Armenia. As if it was necessary!

Instead, Margarita Simonyan is vigorously fomenting anti-Ukrainian hysteria, calling for referendums on territories of Ukraine occupied by Russia with their subsequent annexation. She is well aware that such annexation will be accompanied by a transition to a new stage of "total war" - the introduction of martial law in Russia and general mobilization. In anticipation of this, on September 20, 2022 the State Duma has already adopted draconian laws against those who will evade such mobilization and participation in the war (such people can expect at least 10 years in prison).
Looking ahead, we can say that after this the fate of the separatist Abkhazia will be decided very quickly. Abkhazia will also be annexed through a "referendum" or even without it. All Abkhazian men will be forcibly mobilized and sent to their certain deaths in the war in Ukraine. Those who resist annexation and mobilization will be declared "agents of NATO" and destroyed "according to the laws of war. The result will be a "maritime Armenia".

Ukrainian annexation and declaration of martial law, with Russian mobilisation, is unlikely to help Russia win the war. The Russian army is too technically backward, as recent battles show, having to beg for drones from Iran. Only huge casualties are expected at the front, as untrained mobilised reservists will be killed by the thousands, just as totally untrained mobilised (so called "mobikes") from the separatist DNR and LNR are dying today.

But with the huge number of "funerals" from Ukraine, support for the demands of the likes of Margarita Simonyan for "tactical nuclear strikes" will be met with increasing support from ordinary people in Russia, duped by the propaganda of the same from the Armenian lobby. They do not even suspect that they are thereby leading their country to a terrible and shameful death.

As you know, nuclear weapons have been used by only one country in history in 1945. The bombing of the Japanese cities of Hiroshima and Nagasaki and the hundreds of thousands of victims of those bombings still cast an indelible shame on the United States. It is evident that somebody wants humanity to "forget" this historical fact so that somebody else would take on the new forbidden crime of using nuclear weapons. Then against this background not only Hiroshima and Nagasaki will be "forgotten", but someone who unleashed a new nuclear war can be declared an "evil spirit" and eliminated on purpose. And to do it in such a way that the whole humanity, even those who previously sympathized with it, would wish to see the nuclear war initiator destroyed as a capable state with its own military machine.

In this case, Russia is being persistently promoted to the role of the "main villain", with the help of the powerful Armenian lobby. At the same time, the anti-Russian hysteria in Armenia and the "hurrah patriotic" hysteria in Russia related to the upcoming "referendums" on the annexation of the separatist DPR and LPR and the occupied territories of the Kherson and Zaporozhye regions of Ukraine to Russia were not coincidental. Armenians finally "departed" from Russia as "a ship doomed to destruction". And now the same Margarita Simonyan and the Armenian lobby are dragging Russia "to nuclear carnage" by order of the new "masters". Apparently confident that the new "masters" will provide them with "alternate airfields".