On the eve of the "great resettlement of Armenians" in Abkhazia, Abkhazians are threatened by a "war with Georgia" 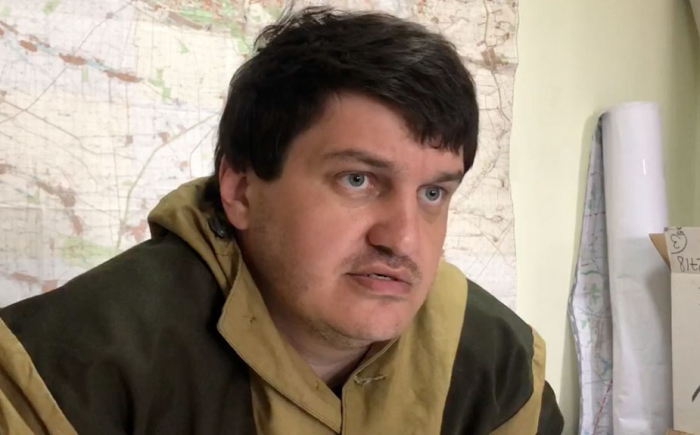 The question of another mass "great resettlement of Armenians" to a new "ancient historical homeland" is becoming more and more acute with each passing day. Another ( but not the last) attempt to draw the Russian Federation into a new war in the South Caucasus has failed. The start of the process of creating the Zangezur corridor, which Armenia is resisting, is looming. Meanwhile, the moment of complete cleansing of Azerbaijan's Karabagh from unscathed "Artsakh" separatists is looming. Instead of "conquering" Azerbaijani lands, Armenia is now forced to "squeeze" on previously donated Azerbaijani lands of Zangezur and surroundings of Lake Gokcha (Sevan).

Avoiding waiting for a new large-scale war, Armenians living in the same Zangezur are already "packing their suitcases". Some Armenian experts already say that even if peace treaty will be signed, and formal jurisdiction of Republic of Armenia over Zangezur will be saved, Armenians, nationalist adjusted to live in monoethnic state, won't want to live in conditions of "international" corridor, which Turkey, Azerbaijan and other interested countries will freely use. Although, no one will expel them from Zangezur the way they and their ancestors expelled the indigenous population, the Azerbaijanis, from their native land.

One way or another, there is an increasing desire among Armenian nationalists to build again a mono-ethnic "new Armenia" on other "ancient" lands, whose geographical location and climate they like much better than the climate of Zangezur, which, while occupying a strategically advantageous position, still lacks access to the sea.

We are talking, of course, about occupied Georgian Abkhazia. Many times we have written that the Armenian diaspora in Abkhazia are "masters" - they control the economy and are the largest ethnic community, outnumbering Abkhazians. Moreover, while in the Republic of Armenia itself, outside Yerevan, Armenian towns and villages are empty and young people are leaving, this is not the case in Armenian-populated areas in Abkhazia and neighbouring Sochi.

More and more often in the Armenian nationalist milieu there is talk of "Russia's guilt to the Armenians". Having been caught up in aggression against Ukraine, the Russian Federation simply cannot "fight for the Armenians" today, but this is no excuse for the Dashnaks. As a result, as a "compensation" for surrendering "Artsakh" and the corridor through Zangezur, Armenian nationalists, behind the scenes, demand from Russia to give them "new lands". Their preferences are not even particularly hidden. The Armenian lobby has already decided - they want "land by the sea", i.e. the same Abkhazia.
But the "vestige" of the original separatist "state building" in the separatist Abkhazia is still dominated by Abkhazians in the separatist authorities and a ban on purchase of real estate and land "not citizens of Abkhazia".

They are going to solve this problem simply by annexation of Abkhazia. But Abkhazians do not have much support for such plans. Even in a "soft" way, through the so-called "union state", although this has already been directly stated by puppet Abkhazian "president" Aslan Bzhania.

In recent weeks Abkhazians "woke up" and realised that they were losing their land. The land around Pitsunda that the separatist authorities are "presenting" to the Kremlin for Putin's next residence has stirred up the Abkhazian public. Despite all "entreaties" of the separatist government and personally of "president" Bzhania, no one can convince Abkhazians that they need to ratify the agreement on transfer of Pitsunda to Russia.

Such sentiments in Abkhazia are not liked by representatives of the Armenian lobby, who urgently need to "prepare a place" for relocation of new "hundreds of thousands" of Armenians in Abkhazia. After all, transfer of Pitsunda was to be a milestone event, after which an avalanche of appropriation and redistribution of Abkhazian land by new "masters" would have started. And now this process is hindered.

As a result, in order to make Abkhazians surrender their separatist "statehood" and their land as soon as possible to the new "masters" it was decided to resort to a campaign of intimidation. They threaten Abkhazians with the same thing - the notorious "Georgian threat.

The first who started to scare the Abkhazians with the war with Georgia was well-known militant separatist Akhra Avidzba, who is fighting today in Ukraine on the side of occupants. He was already "distinguished" by the fact that after the defeat of Armenia in the 44th day war he proposed to settle Abkhazia with "Armenian refugees" from Karabakh. I.e. it is clear for whom this "criminal, bandit and drug addict" (as he was called by none other than separatist "associate" Igor Strelkov-Girkin), in fact, works. Akhra Avidzba convinces Abkhazians "before a war with Georgia" to become a part of Russia as soon as possible:

"The Georgians, under US pressure, "dream" of military revenge for 2008. In Tbilisi part of the society believes that Russia will not be able to provide proper support to Tskhinvali and Sukhumi while SSR (special military operation - so the Kremlin propaganda and separatists call Russian aggression - ed.) is going on in Ukraine. It would be fair to say that this is not the largest part of the Georgian society, but it is absolutely obvious that in a few months it is possible to sway public opinion in Georgia and encourage "righteous war" of irascible Georgians, who will go first to Sukhumi, and then to Tskhinvali.

For Russia, opening of the second front by the western coalition member states (there is no need to hide it) would not be fatal unpleasantness from the military point of view. The political risks are more significant in this case. However, a war with Georgia could be an unexpected prize for Moscow and a story of great trouble for NATO. Today, the south of Georgia, its sea area, is practically occupied by the Turkish economy. Ankara will not be happy to see a Russian Transcaucasian Federal District headed by Ramzan Kadyrov formed on the territory of Georgia, South Ossetia and Abkhazia. Which, by the way, may well include Armenia, which is unlikely to please Baku. And let us not think that such an outcome of the war with Georgia is improbable. The Russians would be far more pleased to bless their army to go to war with the Georgians than with the Ukrainians, with all the nuances of the Ukrainian political system.

For Russia, Georgia could well become the key to regaining its Transcaucasian territories. However, in this case we may again face the problem of adaptation, because a significant part of Georgian youth does not know Russian and it will be difficult for them to accept the need to learn it, live and work in it. On the other hand, it will be impossible not to take Tbilisi and take over the whole of Georgia at this time. Russia will have to show that it is not just plush and can not just bite, but can gnaw legs and arms with meat.

And of course, where to go without Sukhumi. In this case, Abkhazia is unlikely to remain an independent country, no matter how the opposition or the authorities fight. And it would have been better for Sukhumi to become part of the Russian Federation before the Transcaucasian company, guaranteeing itself a number of conditions to live peacefully within its borders afterwards, and not as an Abkhazian district of the North Caucasus". states Akhra Avidzba, like many separatist fighters. Akhra Avidzba says that "Russia will still defeat everyone", but it will be better and more important for Abkhazians to "surrender" their separatist "statehood" to Russia sooner. Akhra Avidzba does not remember that the Abkhazians have already once "surrendered" their statehood to Russia in the 19th century and it all ended in genocide of the Abkhazians and the tragedy of Muhajirs. After that Armenian "refugees" so beloved by Akhra Avidzba began to settle in Abkhazia en masse.

But it is not only separatist fighters that frighten Abkhazians with "war with Georgia" and push them to quickly "surrender" both their "statehood" and their land to "defenders".

The same campaign of "intimidation by war" was deployed by the puppet separatist authorities. Among them, the most fervent is "errand boy" of Sergey Lavrov-Kalantaryan and Margarita Simonyan, Inal Ardzinba, who heads the separatist so-called "foreign ministry":
"The situation in the region is explosive, the possibility of war with Georgia is quite high... The Georgian authorities, on the one hand, are making certain statements, but on the other hand we are looking at things. The thing is that they are increasing contracts for delivery of strike and reconnaissance drones, they are consulting with NATO, they have active intelligence service... "Considering what is happening in Ukraine, considering what is happening between Armenia and Azerbaijan of course the possibility of war with Georgia is quite high. We need, as a state, to ensure our defence capacity, to stand firm, to defend our interests". - said Inal Ardzinba after a meeting of the public council under the so-called "Foreign Ministry". According to the separatist, all these issues will be discussed at the meeting of the Abkhazian so-called Council as well, which will be held on September 19th, 2022.

Under the pretext of "Georgian threat" and "war with Georgia", in fact, the process of annexation of Abkhazia and deprivation of Abkhazian land is launched. And it is likely that even without the war the disgruntled will be dealt with "according to martial law". The occupants are in a hurry, since Abkhazian youth has already begun to organize and protest against plans of appropriation of Abkhazian lands, including Pitsunda by foreigners.