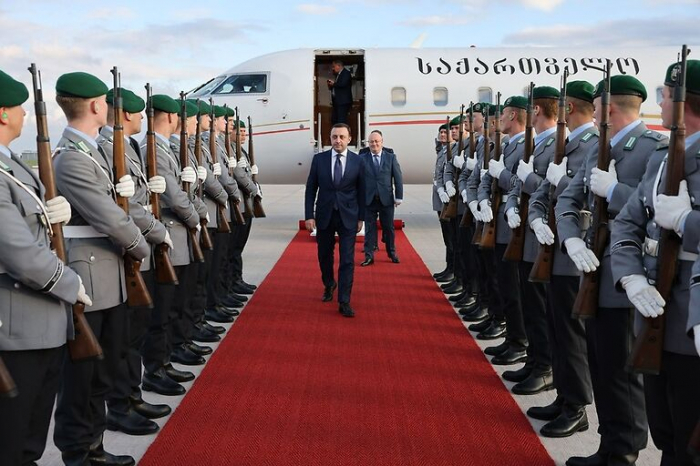 Georgian Prime Minister Irakli Garibashvili has kicked off his official visit to Germany.

A welcoming ceremony in honor of the Prime Minister was held at Berlin Brandenburg Airport Willy Brandt.