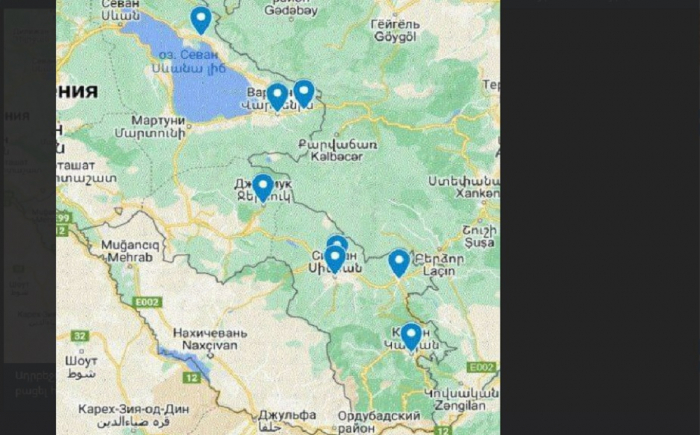 On the evening of 12 and the night of 13 September 2022, Armenian armed forces launched massive shelling of Azerbaijani territory along the entire line of contact in Zangezur. This provocation forced the Azerbaijanian army to respond, after which Armenia asked for "assistance" because of alleged "aggression against the sovereign territories of Armenia". Following the start of the provocations, this was decided at a meeting of the Armenian Security Council, chaired by Nikol Pashinyan.

The reason for the current military provocation by the Yerevan regime is obvious. There is maniacal aspiration of Armenian nationalists not to fulfill their obligations of granting Azerbaijan Zangezur corridor and "to nullify" all the agreements in this direction. However, the agreements on the Zangezur corridor had to be fulfilled! Armenia was constantly reminded of this not only by Russia, which needed such a corridor, but also by the European Union.

In one form or another, Armenia wants to maintain a 'bridgehead' on Azerbaijani territory in the form of the unscathed 'Artsakh' separatists. The illusion of such a 'bridgehead' is now preserved by the presence of Russian peacekeepers in Karabakh, who are in no hurry to carry out their duties to disarm the illegal Armenian armed formations.

Defeats in Ukraine acutely raise the question to the Russian leadership that these peacekeepers (including the Russian grouping in Gyumri) should be withdrawn and "thrown onto the Ukrainian front" to prevent a catastrophic defeat there. Ultimately, the Russian armed forces may "leave their Armenian" allies without assistance" ahead of time. And such a prospect seems to be forcing them to take adventures. The calculation is simple - try to stir up a war "ahead of time" and try to "delay" Russia in the South Caucasus. Before Russia has an irreversible disaster of total defeat in Ukraine. Armenia is deliberately dragging Russia into the war while it has at least some forces left in the South Caucasus on Armenia's side as a "CSTO ally".

Given the fact that Russia can no longer pay attention to the South Caucasus, having become deeply entrenched in Ukraine, Yerevan is beginning to shout to the world for the deployment of "international forces" to protect Armenians from "genocide". Moreover, the authorities in Yerevan understand that the Russian troops in the South Caucasus will not have much time left. It is no coincidence that on the eve of aggravation of the situation on the line of contact in Zangezur, the Armenian publication lragir, close to the Armenian government, published the article "Russia's "limits" in the South Caucasus: can Moscow withdraw its troops? (https://www.lragir.am/ru/2022/09/12/237523/):

"Various kinds of expectations emerge regarding the limits to which Russia is prepared to go in defending its perceived interests in the Transcaucasus, Russian experts write.

The experts spoke about Russia's "limits" against the background of the success of the Ukrainian army, as well as the obvious involvement of the US in Caucasian affairs. It was repeatedly written in the publishers that Russia had withdrawn some troops from the South Caucasus, including "Artsakh". At the same time, Washington and Brussels already make no secret of the fact that they intend to solve the remaining issues in the region without Russia.

In July US Assistant Secretary of State for European and Eurasian Affairs Karen Donfrid visited Baku and Yerevan, US Secretary of State Anthony Blinken had telephone conversations with Pashinyan and Aliyev, the head of the CIA visited the region.

On 25 August, the US secretary of state appointed Philip Riker as chief adviser on South Caucasus affairs, who has been in Yerevan for the past few days.

Armenian Defence Minister Suren Papikyan has been taken around the US from firing range to firing range for more than a week, demonstrating modern means of combat.  On 8 September Papikian met at the Pentagon with US Under Secretary of Defense Colin Kahl, with whom the whole agenda of Armenian-American defence cooperation was discussed.

Baku perceives the decrease in the "limits" of the Russian presence with concern. Former Minister of Foreign Affairs Tofig Zulfugarov believes "Baku does not need the mediation of the Minsk Group at this stage," and should stick to Turkey and Russia.

In the meantime, Ricker left Yerevan for Geneva, where he met with Georgian Prime Minister Garibashvili and reiterated firm US support for the country's territorial integrity and sovereignty.

The conversation has also touched on an agreement reached between Armenia and Azerbaijan, mediated by Prime Minister Irakly Garibashvili and involving Philip Riker in June 2021, which resulted in Azerbaijan releasing 15 Armenian prisoners and Armenia handing over important maps to Azerbaijan.

Apparently, with their provocations Yerevan wants to speed up the introduction of the notorious "international troops" into the region, which their "Western partners" should take care of.

But the whole question is, will the "Western partners" be in a hurry now? Especially since there is a threat of a NATO split, as Greece is making efforts in this direction, clearly provoking a military clash with Turkey. A Greek-Turkish war is also very much hoped for in Yerevan in order to appeal to other NATO member states currently supporting Greece (above all France) for "help".

However, as has often been the case in history, the Armenian nationalists may well get another false start in their calculations. They began their provocations in a situation where their Western partners are not yet prepared to intervene with their military contingents. And everything is going towards the fact that as a result of Armenian military provocation, Azerbaijan will cut not one but several corridors through Zangezur in response. Let alone that "Artsakh" separatists will have to urgently flee from Azerbaijani territories similar to the way the collaborators and separatists of Kharkov region liberated by Ukrainian army lately are running after the retreating Russian army.