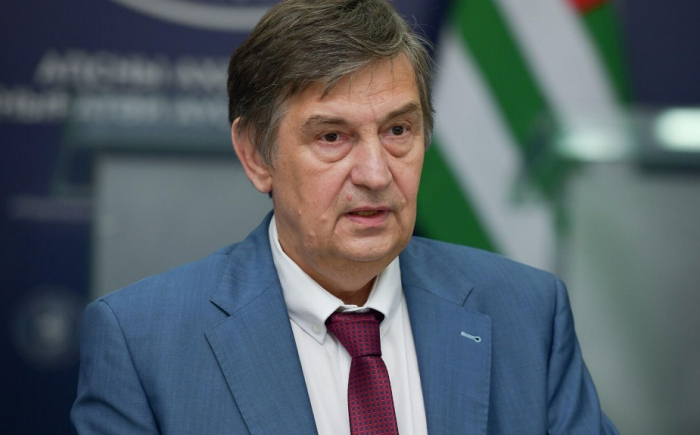 An unprecedented statement was made on 29 August 2022 by the so-called "Russian ambassador" to separatist Abkhazia, Mikhail Shargulin. He threatened Abkhazians with withdrawal of the Russian base stationed today in Gudauta, i.e. de facto de-occupation.

Obviously, for the current puppet regime of Sukhumi, it is like death, since the separatist regime relies solely on Russian bayonets, and what is called the "Abkhazian army" is completely ineffective. For the Abkhazian people themselves return to united Georgia will be salvation. The process of their degradation will finally stop, and peaceful and creative life in a unified state with the brotherly people of Georgia will begin.

Of course, it is clear that Russia is not going to carry out its "threat" of de-occupation of Abkhazia. However, it is important to note the context in which the threat of "ambassador" of the occupying Georgian Abkhazia by the Russian Federation was heard.

On August 29th 2022 "Ambassador" Mikhail Shurgalin met with Abkhazian women at the so-called Russian Embassy in Sukhumi. Details of this meeting were reported by the separatist Nuzhnaya Gazeta. According to this source, the women of Abkhazia said that the majority of the Abkhazian people opposed alienation of the Gosdacha in Pitsunda, since this "contradicts state interests of the country, the constitution and laws of the Republic of Abkhazia".

The women told the ambassador that this agreement causes tensions in society and the women do not want the situation to get out of hand, to have a forceful confrontation between society and the separatist authorities in the country and "...to have anti-Russian sentiments in society...". Particular emphasis was placed on the fact that much of the responsibility for what is happening is on the Abkhazian leadership, which "ignores the laws and the Constitution of Abkhazia".

The women called on the ambassador to use his authority to ensure that the agreement would be canceled as soon as possible. But in response to these statements, the representative of the occupants (i.e. in fact, a full-fledged Russian "governor" of occupied Abkhazia) delivered another ultimatum to the Abkhazian people though "diplomatically", but firmly through the Abkhazian women. Mikhail Shurgalin noted that the issue of alienation of the Goscha is very important for Russia, as it is a "litmus test" paper. He stressed that the government will use this facility as an example to draw conclusions about the possibility of parliament's decision to sell land and real estate to Russians," he said.

" If Parliament ratifies this agreement, for us it will mean that we will be able to deal with issues related to the sale of real estate to Russians," the "ambassador" said.

So it is clear that they decided to "humiliate, degrade and trample" Abkhazians in a complex. By forcing them to give up both Pitsunda (which the Kremlin will take away for summer residences) and land (which will be bought up by Armenian settlers) and statehood (through annexation into the so-called union state with Russia as Caucasus Plus has already written about).

So that the Abkhazians understood that they do not intend to joke with them any more, Mikhail Shurgalin threatened to de-occupy Abkhazia by withdrawal of the military base. That is, he "threatens" that if the occupants and claimants to the Abkhazian land do not get "their" land, the Abkhazians will simply "surrender" to Georgia.

According to Shurgalin, the issue of the Pitsunda state property is very important for the Russian state, and if the dacha is not transferred to Russia, the military base may leave the country, investment programs related to construction of an airport, railway, etc. will be stopped.

In principle, the Russian military base in Gudauta is already "half-empty". Most of its military personnel have been withdrawn from it and thrown into "the Ukrainian front". However, officially no one is going to withdraw the occupation troops from Abkhazia. Another blackmail of the Russian Federation is understandable, but for the Abkhazian society we need to stop giving in to threats and ultimatums of the occupants, not to agree to transfer or sell Abkhazian land to outsiders and start actively seeking ways of reconciliation with the brotherly Georgian people.