US cuts off 'humanitarian' aid to 'Artsakh' separatists 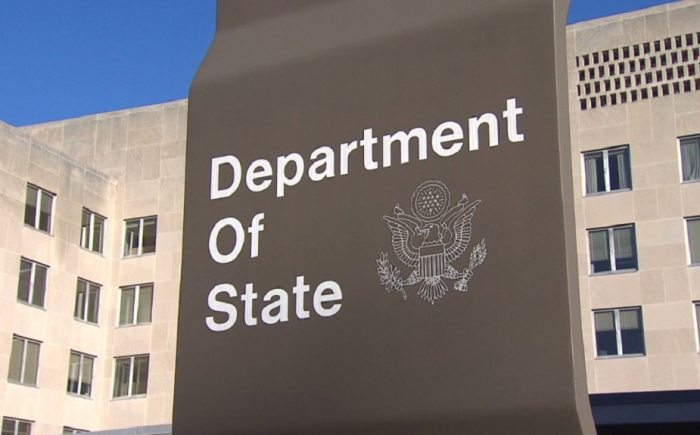 In its time, the Armenian lobby in the US pinned great hopes on the Democrat party and the administration of the current US President Joe Biden, both in terms of the recognition of the mythical "Armenian genocide" and in supporting the "Artsakh" separatists in the territory of Azerbaijan. As you know, in the "genocide" issue Joe Biden confined himself to meaningless phrases, which is, in principle, understandable, because the U.S. in the current geopolitical situation cannot afford confrontation with Turkey, a key ally of NATO.

The Armenian lobby has very subtly "seized the moment". The world media is full of reports of unprecedented drought in a number of regions of the world, particularly in Europe, and of water shortages. There are also known food shortages in a number of countries dependent on imports, which have worsened since the war in Ukraine. And by speculating on this news, the Armenian lobby in the US is trying to create a false picture amongst the American public of Karabakh Armenians "suffering" from hunger and thirst, similar to the inhabitants of the poorest countries in Africa.

However, in reality, Karabakh Armenians currently have no difficulties in accessing water or food (with the exception of cases of deliberate sabotage by separatists of water supplies to certain settlements). Moreover, Karabakh Armenians have virtually unlimited access to the strategically important Sarsang reservoir. At the same time, there are the first signs that the Armenians working on the reservoir's waterworks will finally begin to take into account the interests of other Azerbaijani residents.

Recently, specialists from the Azerbaijani Land Reclamation and Water Management Company, together with specialists of Armenian nationality working at the reservoir, inspected the territory of the reservoir and agreed on a schedule for the inflow and outflow of water from the reservoir. This can be regarded as a real step towards integrating the Armenian population of Karabakh into a united and indivisible Azerbaijan. Naturally, Azerbaijan does not prevent Karabakh Armenians from using the water of the Sargsan reservoir.  However, Azerbaijan will no longer allow the separatists to use the reservoir as a tool for 'water blackmail' of downstream settlements and farmland on the Terter River.

The Karabakh Armenians have no problem with food supplies through either the "old" or the "new" Lachin corridor. Ideally, of course, there should be communication between the Armenian-populated areas and the rest of Azerbaijan.  This connection will undoubtedly be established once the Russian peacekeepers leave Karabakh, followed by the separatist provocateurs, who are hindering the normal integration of Karabakh Armenians into Azerbaijani society.

Raffi Abrahamian claims in his hysterical letter to American parliamentarians that the authorities in Baku allegedly want to "starve the Armenians of Artsakh to death". Hambaryan complains that the Biden administration has "hardly sent any humanitarian aid to Armenian families living in 'Artsakh'". "America should not be complicit in the ethnic cleansing of 'Artsakh' by Azerbaijan," Raffi Abrahamian writes hysterically.

The ANCA letter urges US lawmakers to demand answers from the Biden administration, through Secretary of State Anthony Blinken and USAID Director Samantha Power, to four questions.

- What specific actions has the Biden administration taken to help "endangered Armenians living in 'Nagorno-Karabakh'"?

- What specific plans does the Biden administration have to help "endangered" Armenians living in Karabakh?

- Has the Biden administration conducted a needs assessment of the humanitarian crisis facing the Armenian population of 'Artsakh'?

- What range of budget does the Biden administration consider sufficient and appropriate to address the "humanitarian crisis" faced by the Armenian population of "Artsakh"?

The ANCA Chairman complains that the White House "under pressure from the regime in Baku" has effectively stopped "much needed American humanitarian aid to Artsakh": "...Without this aid Azerbaijan will deprive the endangered Armenian population of Artsakh of food, water and other vital resources. America must not be complicit in the ethnic cleansing of "Artsakh" by Azerbaijan, an oil-rich regime that has received more than $164 million in US military aid. Simply put, this dictatorship does not deserve the right to veto US humanitarian aid policy," said Raffi Hamparian. He argues that the Karabakh Armenians are "victims of ethnic cleansing and continued genocidal policies of Azerbaijan and Turkey...".

In essence, the US Armenian lobby is blackmailing the Biden administration with such letters, demanding it support the revanchists and "Artsakh" separatists and provoke war again. However, it is clear that this war will not end with anything other than another crushing defeat for Armenia. If the Armenian lobby in the United States really cared about the Karabakh Armenians, it would not be writing such "dirty lies", but would start constructive negotiations with the authorities of Azerbaijan on how they can use their financial resources to facilitate investments in the Karabakh region of Azerbaijan and help integrate the Karabakh Armenians into the society of Azerbaijan.