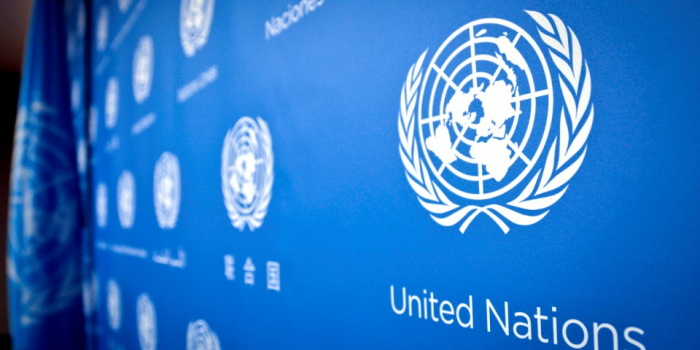 On 15 August, the UN Security Council (UNSC) members discussed the situation in Georgia’s regions occupied by Russia and the issues relating to the Russia-Georgia war.  The behind the closed doors meeting was held to mark the 14th anniversary of the 2008 Russia-Georgia war.

The UN Under-Secretary-General for Political Affairs, Rosemary A. DiCarlo  provided the participants of the meeting with updated information about the situation on the ground and the process of the Geneva International Discussions, Georgian Foreign Ministry informed.

Following the meeting, the representatives of the UN Security Council Members – the USA, Albania, the United Kingdom, Ireland, Norway and France, as well as Japan and Malta (as incoming members of the Council) made a joint statement for the media.

In the Joint Statement, the parties reaffirmed their unwavering support for Georgia’s independence, sovereignty, and territorial integrity within its internationally recognized border, condemned Russia’s illegal invasion and continued military presence and exercising of control over Abkhazia and Tskhinvali region/South Ossetia, integral parts of Georgia; the difficult humanitarian and security situation on the ground, including such illegal acts as the so-called “borderisation” process, unlawful detentions and kidnappings of the local population, hindrance of freedom of movement and lengthy closures of so-called crossing points, discrimination against ethnic Georgians in Gali and Akhalgori districts, and prohibition on education in residents’ native language.

The parties recall the judgment of the Grand Chamber of the European Court of Human Rights on January 21, 2021, that has stated that given Russia is in effective control of the Georgian regions of Abkhazia and Tskhinvali region/South Ossetia, it is responsible for grave human rights violations on the ground.

“We remain deeply worried that in the past several years no international human rights monitoring mechanism has been granted unrestricted access to the regions of Abkhazia and Tskhinvali region/South Ossetia. We therefore call for immediate unhindered access to be granted to the Office of the High Commissioner of Human Rights and other international and regional human rights mechanisms, as well as to the EU Monitoring Mission” – reads the statement.

The statement recalls the urgent need for unimpeded humanitarian access to all civilians in need. According to it, the conditions for a safe, voluntary, dignified and unhindered return of internally displaced people and refugees must be created.

Representatives of the UNSC Member States highlight that they remain committed to the Geneva International Discussions (GID) and support the continued meetings of the Incident Prevention and Response Mechanisms (IPRMs) as important formats to address the implementation of the EU-mediated 12 August 2008 Ceasefire Agreement, as well as the security, humanitarian and human rights challenges stemming from the unresolved Russia-Georgia conflict.

“We stress the necessity of a peaceful resolution of the Russia-Georgia conflict based on international law, including the UN Charter, and on the Helsinki Final Act, especially in the context of Russia’s ongoing aggression against Ukraine – reads the statement.

Representatives of the USA, Albania, the United Kingdom, Ireland, Norway and France, as well as Japan and Malta call on the Russian Federation to fully implement its obligation and commitments under the EU-mediated Ceasefire Agreement of 12 August 2008 and withdraw its military and security forces from the territory of Georgia without delay.

“We reiterate our 14 years old call to Russia to reverse the recognition of the so-called independence of Georgia’s territories Abkhazia and the Tskhinvali region/South Ossetia, and not to impede the creation of an international security mechanism and allow access of international human rights organizations to both regions,” says the statement.