Do they want to "set Karabakh on fire" again? Why? 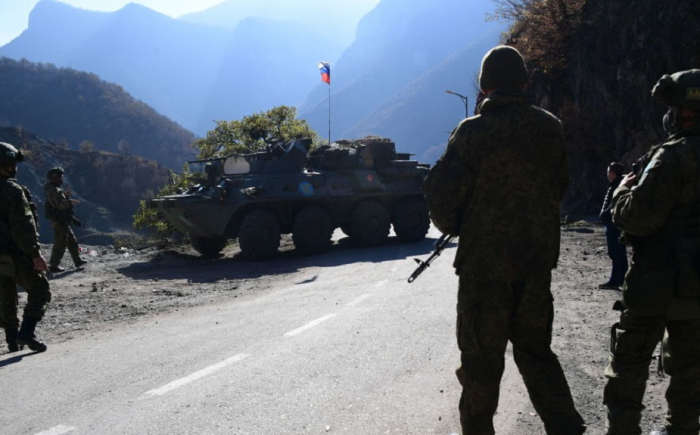 It is impossible to say for sure whether this is true or not. But it is known that the same Valeriy Solovey, who is sometimes wrong in details, was right in his forecasts, long before the current Russian aggression, having stated that Russia would enter into a large-scale military confrontation with Ukraine.

Information on the prospects for renewed military conflict in the South Caucasus, in particular in Karabakh, recently published by the FIS General channel, should therefore be heeded: ( https://t.me/generalsvr/904).

"Judging by the report to Russian President Vladimir Putin, yesterday's talks between Russian Foreign Minister Sergei Lavrov and his Turkish counterpart Mevlut Cavusoglu did not yield any significant results. The sides agreed to continue discussing sensitive issues, refraining from steps that could harm bilateral relations. Putin remained unsatisfied with Lavrov's visit to Turkey and spoke in the light of the fact that the Turkish side was seeking tangible concessions in the negotiation process at the expense of the Russian positions and had traditionally "taken a swing at" Lavrov. It is important for Putin to understand the actions of the Turkish leadership and to have close contact with Erdogan in the light of the preparation and possible implementation of a geopolitical project in the Caucasus.

Putin is unhappy with the "unfriendly" actions of the Azerbaijani leadership, Turkey's closest friend and partner, and believes Erdogan is pushing Aliyev to do so. At Putin's behest, a plan to restart the Karabakh conflict is being prepared under the direction of Russian Security Council Secretary Nikolai Patrushev. Implementation is scheduled to begin in early September. The plan is to carry out a series of provocations, dragging Azerbaijan and Armenia into a new phase of the conflict.

The Russian government is not going to provide military assistance to Armenia, at least not directly, by manoeuvring on the negotiating field. Even a possible Azerbaijani victory and the loss of some of the territories that Armenia considers its own would suit Putin well, as it would anger part of the international community and weaken the positions of Azerbaijan and Turkey, while also raising tensions in NATO between Turkey and the bloc countries that support Armenia to the limit. And if, as a result, the Armenian leadership succeeds in being replaced by a pro-Russian and fully tame one, the program will be fulfilled at most. Putin doesn't need any peace treaties and agreements between Armenia and Azerbaijan, he needs control, and Karabakh is leverage for both sides and this leverage Putin will never release while he is alive - of course."  End of post.

To what extent is the information given true? It is hard to say.

Russia is still strong and so far the problems in the Ukrainian war and the consequences of sanctions have not led to internal destabilisation in the Russian Federation. Therefore, although the "second front" in the Caucasus is not yet relevant for Russia (although it certainly does not correspond to national interests), the war in Ukraine is also disastrous for Russian national interests.

We can assume that the Armenian lobby wants to use Russia right now to further its nationalist and revanchist ambitions. Especially given the enormous influence the Armenian lobby has on the Kremlin leadership, which has largely dragged it into the current adventure of aggression in Ukraine.

During the First World War, it was the 1917 revolution in "war-weary" Russia (in which, ironically, one of the key roles was played by the Dashnaks who had done much to overthrow Emperor Nicholas II) that nullified all the plans of the Armenian nationalists, which they had intended to implement with Russian arms. If by February 1917 the Armenians "behind Russian bayonets" controlled a significant part of eastern Turkey, the revolution in Russia forced them to settle for the part of the Ararat Valley graciously donated by the Azerbaijanis after a year or so.

History may repeat itself in some ways. But as long as Russian arms are not turned "menacingly" to "showdown" and domestic turmoil, there is great temptation to direct them towards another adventure with an attempt to build a "great Armenia". And not only at the expense of Azerbaijani Karabakh, but also Georgian Samtskhe-Javakheti.

It goes without saying that the Kremlin leadership and Putin himself can also use such desires of the Armenian lobby to "complicate the geopolitical game" and bring the much-desired split into the NATO bloc.