The return of Georgian refugees to Abkhazia and Tskhinvali has already been voted for by 95 states, Armenia did not vote! 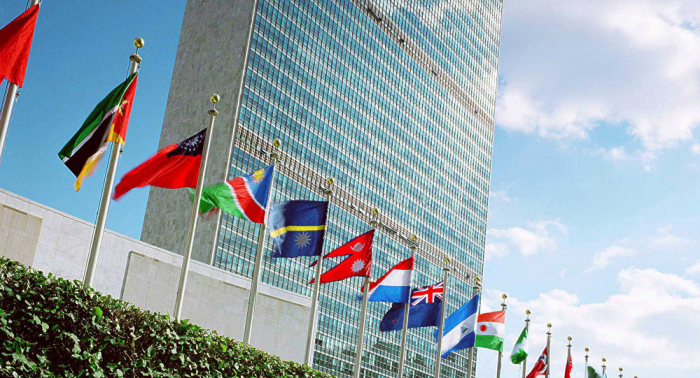 The UN General Assembly at its 76th session adopted a resolution recognizing the right of all refugees and internally displaced persons (IDPs) to return to Abkhazia and the Tskhinvali region of so-called South Ossetia.

This year's resolution on the return of Georgian refugees to their homes was supported by 95 countries, while 60 countries co-sponsored the document with Georgia. The document has not had such strong support since 2008, when Georgia first presented the resolution to the UN General Assembly.

Interestingly, of Georgia's immediate neighbours, only Turkey and Azerbaijan were unequivocally in favour of the return of Georgian refugees. Iran, on the other hand, "abstained" from voting. This is most likely, once again, a demonstration of the Tehran regime's not entirely friendly stance towards Georgia.

A total of 56 countries abstained from voting. Interestingly, this year the number of those who supported the resolution far exceeds the number of abstentions and those who voted against it combined.

"The resolution deplores forced demographic changes in Russia-occupied regions of Georgia, reaffirms the right of IDPs to return to their homes in dignity and safety regardless of their ethnicity, and stresses the need to respect and protect their property rights," the Georgian Foreign Ministry informed about the UN General Assembly resolution. The document also instructs the UN Secretary General to prepare an annual report on the situation of IDPs living in Georgia and on the implementation of the resolution. Participants of the Geneva talks are urged to intensify efforts to improve the security and human rights situation in the occupied regions.

By the way, Russia's "ally" Venezuela, which has so far recognised the so-called "independence" of the separatist regimes of Sukhumi and Tskhinvali, behaved the same way, but this time it did not vote for the return of Georgian refugees.

However, in reality, the Armenian lobby is doing everything to permanently cut off the original Georgian lands of Abkhazia and Samachablo from Georgia. Especially given the speed with which occupied Abkhazia is settled by Armenian settlers, including those from the so-called "Artsakh" liquidated by the Azerbaijani army. We should remind you that the separatists recognize so-called "independence" of the separatist Abkhazia and so-called South Ossetia, and "Artsakh" delegations are regularly going there through Yerevan.

It is very interesting to trace the dynamics of voting on the resolutions on the return of Georgian refugees over the years:

- In 2008, 14 countries voted in favour of the resolution on the return of Georgian refugees (in that year only to Abkhazia, since the vote was held before the August 2008 conflict), 11 voted against and 105 abstained. Armenia voted against.

All in all, over 15 years, Armenia has voted against the return of Georgian refugees 11 times, and 4 times - did not vote at all. This is what you might call a "Christian brotherly country".