People with Georgian surnames in Russia and Turkophobic propaganda 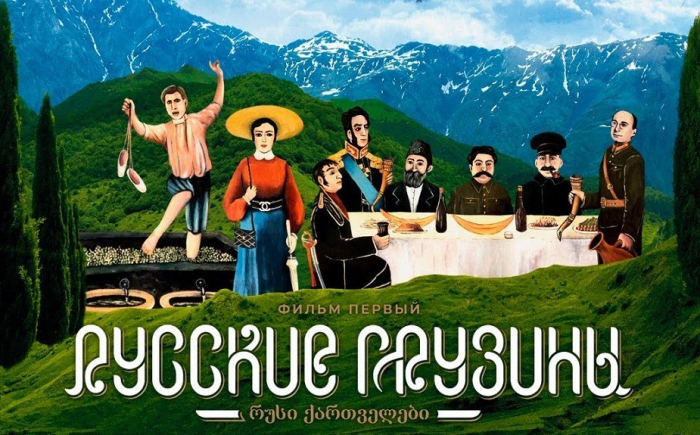 A very interesting post was posted on Facebook by one of the many "Russian Georgians" Zurab Javakhadze who has long lived in Russia and even managed to forget his mother tongue. Here is an extract from it:

"In connection with the 'special operation to protect the self-proclaimed Donetsk and Luhansk people's republics', many people in Russia have realised that they have Georgian roots and can take a Georgian passport and get out of the army.

These people have Georgian names and surnames and their parents are Georgians. But they know as much about Georgia as I do about King Ayet in Colchis... These Georgians, wishing to obtain a Georgian passport know nothing about Georgia.

Who supported the Ossetian and Abkhaz separatists in the '90s?

These are interesting times we live in. People with Georgian surnames who know nothing about Georgia are trying to become Georgian citizens to avoid going to war with Ukraine."

Basically, people's reluctance to participate in Putin's regime's aggression against a neighbouring sovereign country is understandable. But what is interesting is how brainwashed the Georgians living in Russia are thanks to Turkophobic propaganda, which has been conducted for decades by the Armenian lobby.

They have been convinced that "the source of all evil" is Turkey. Blaming Turkey for "all the problems and troubles" of the peoples surrounding Russia has become the propaganda mainstream. Russia, of course, "does only good". Therefore, "Russian Georgians" with Turkophobic stereotypes and neo-imperial myths about "infinitely good Russia" implanted in their minds find it difficult to confront historical facts, including those of very recent times.

Some of these Georgians are even genuinely surprised when they learn that it turns out that over 300 thousand Georgian refugees from Abkhazia were expelled not by "evil Turks" but by "Christian brothers-Armenians" and "good Russian army". Which is now carrying out a genocide against the population of Ukraine, but Russian propaganda, of course, does not talk about this. Attributing civilian casualties to certain "Nazis" and "evil Banderites". And, of course, Turkey, which supplies Bayraktars to the "evil Banderovites".

The Georgian authorities also have omissions in that Georgians living in Russia have been thoroughly "brainwashed" by false propaganda. After all, no sufficient efforts have been made by Georgia to objectively inform people with Georgian roots living in the Russian Federation (which, let us remind you, amount to more than 1 million).

As a result, such Georgians, treated with Kremlin propaganda, come to Georgia and are genuinely surprised to meet deprived and bereaved Georgians who have suffered from separatism supported by the Kremlin and the Armenian lobby. Conversely, such Georgians are also surprised to learn that there is nothing wrong with investments in the Georgian economy, and how much good is being done in Georgia thanks to Turkey's assistance and cooperation with Turkey and Azerbaijan.