Armenian nationalists make their grievances against Tbilisi via Radio Liberty 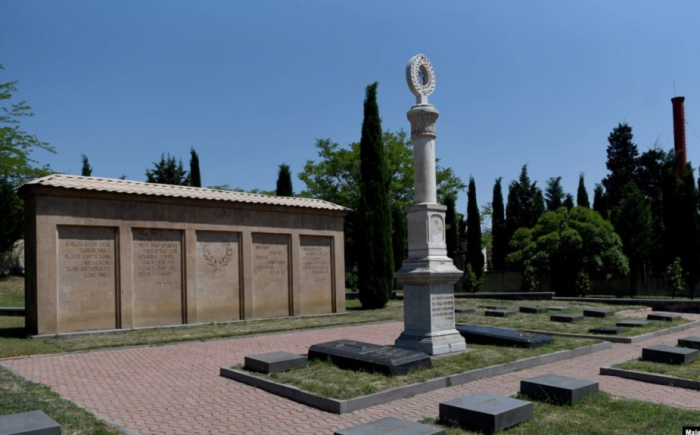 The Armenian lobby actively reasserts its claims on everything Georgian.

However, it has begun to act in a much more cunning manner. Whereas previously Armenian claims to Georgian lands, churches, cities and cultural heritage were broadcast mainly through the Russian and pro-Russian media (especially those in the hands of representatives of the Armenian community in Russia), the situation has changed since Russia's aggression in Ukraine.

It became apparent that any claim voiced from the Russian information platform would be perceived by the public as yet another pretext for aggression against a sovereign state. As a result, Armenian nationalists in the Russian media reduced the degree of their anti-Georgian propaganda in the area of claims that "everything in Georgia is Armenian. On the other hand, they began to publish very actively ordered materials in the Western and pro-Western media. This was as if to show "you see, the "civilised world" is also in favour of giving everything "Armenian" in Georgia to the Armenian diaspora.

This is exactly how the piece in Georgian by Tia Topuria "Half of Mtatsminda to be buried in Yerevan - Armenian Pantheon in Tbilisi" that appeared on Radio Tavisupleba ("Radio FREEDOM") website can be regarded (https://www.radiotavisupleba.ge/a/31875700.html ). The reporter relaying Armenian claims about Tbilisi is Georgian. It is important for Armenian historical falsifiers claiming that "Tbilisi is an Armenian city" to make similar or similar claims "as if they were being made" by short-sighted Georgians who do not know their history. To then use it as an argument in their claims: "You see, Georgians themselves do not consider their capital Tbilisi as Georgian, but "our, Armenian city".

In particular, the article repeats the myth that the land under the Armenian cemetery of Khojivank on Avlabar has been Armenian since the time of King Rostom and was granted to his treasurer Ashkharbek Beibutov.

"The documents of Teimuraz and Heraklius II also confirm that this territory belonged to Armenians. Back then, the entire 19th century Armenian intelligentsia lived in Tbilisi and were buried here. They contributed much to the development of Tbilisi, how much did Mikhail Aramyants alone do! "Half of Mtatsminda should be buried in Yerevan, as should this pantheon". -- These are the words of Maia Tsilosani, Director of the Armenian Pantheon in Tbilisi, quoted in the article.

The article repeats claims of Armenian historical falsifiers about this and that, claiming that the Cathedral of Tsminda Sameba (Holy Trinity) was built "on the site of Armenian cemetery" and, allegedly, "on the Armenian bones". Although, if there was an ancient cemetery here, it was originally Georgian and was located around a Georgian church which has not survived to this day.

Like many Georgian churches and cemeteries, this area was only appropriated by Armenian settlers during the years of the Russian Empire. It was when, at the instigation of the Russian colonial administration, Armenian settlers from Iran and Turkey began settling in mass in Tbilisi, and the Georgian population was forced out of their capital, that the Armenian cemeteries appeared. Simply after the mass influx of Armenians, the Georgians found themselves in the minority in their capital. Almost all the land here went to rich Armenians, Georgians often simply had no place to bury their dead in Tbilisi and they took the dead to Georgian villages, and in the capital most of the ancient Georgian cemeteries became 'Armenian'. Today, Armenian claims to the land underneath these cemeteries are becoming louder and louder.

Interestingly, such materials in pro-Western publications appear at a time when preparations for Georgia's accession to the EU have entered a decisive phase. This is also no coincidence as, relying on a tendentious interpretation of "European law", Armenian nationalists can renew their claims to Georgian lands and churches, particularly in Tbilisi, by filing lawsuits in all kinds of European and international instances.