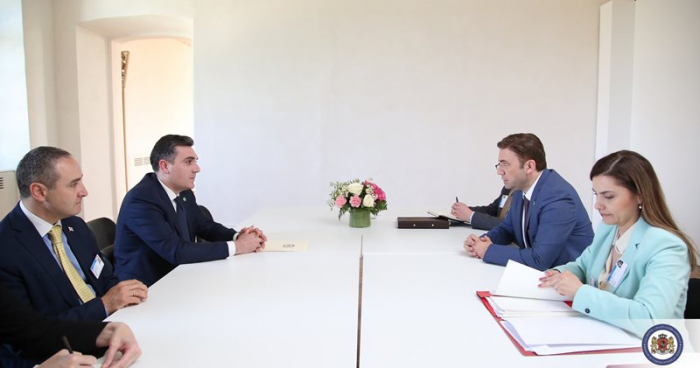 Georgian Foreign Minister Ilia Darchiashvili met his counterpart from North Macedonia, Bujar Osmani, within the Committee of Ministers of the Council of Europe.

The two ministers welcomed the positive dynamics of bilateral meetings and visits that deepened cooperation in various spheres.

Georgian and North Macedonian FMs exchanged information on the European and Euro-Atlantic aspiration process and agreed to coordinate closely toward the common European integration goal.

FM Osmani stressed North Macedonia would prioritize the occupation of Georgia’s territories by Russia during its OSCE Chairmanship in 2023 and reconfirmed support for Georgia’s sovereignty and territorial integrity.