Tigran Keosayan's threats to the Kazakhs - the Armenian lobby is leading Russia to ruin! 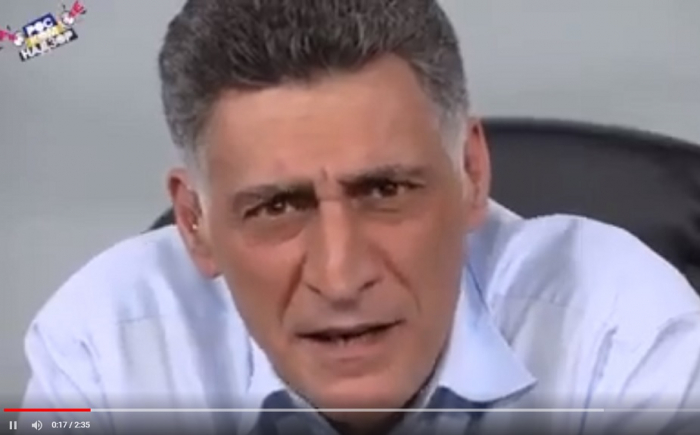 If you have an Armenian nationalist among your main "friends", you don't need enemies in principle. More specifically, this "friend" is guaranteed to turn all your relatives, friends and neighbours into your enemies. And he is guaranteed to beat you up, and blame you, as this "ancient and long-suffering" one "was insufficiently helped" .

The boorish statements of Tigran Keosayan - husband of the main Kremlin propagandist Margarita Simonyan - about Kazakhs can be described as a provocation to pave the way for making new enemies for Russia:

The pro-Kremlin propagandist made boorish and blatant threats against Kazakhs and Kazakhstan. Given the closeness of Tigran Keosayan's family to the Russian authorities this is perceived by Kazakhs as the official position of the Kremlin. And they draw relevant conclusions.

After Russia, at the behest of the Armenian lobby and its "friends", carried out aggression against Ukraine and got thoroughly bogged down in a bloody and exhausting war on the Ukrainian territory, the Armenian lobby is doing everything to open a "second front" against Russia and guarantee its ruin. Politicians such as Tigran Keosayan and his wife Margarita Simonyan are deliberately sowing enmity and hatred towards Russia among their neighbours. And quite effectively at that.

It is not enough that the Armenian lobby has made Georgia and Ukraine, one of the same faith, hostile to Russia. This, as it turns out, is not enough for them. At the beginning of this year, Nikol Pashinyan had already "crooked" to organize a war against Russia in Kazakhstan and sent the Armenian military there together with the Russian military as a contingent of the CSTO.

It did not succeed then, although the same Margarita Simonyan directly demanded humiliation of the Kazakhs and dismemberment of Kazakhstan, provoking such war. And as we see, Russia's "oldest friends" are still "trying" in this direction.

It is time for Russia's sensible citizens to draw conclusions too, before Russia perishes.  It is high time for Keosayan and other provocateurs to say in their own words: the game of "friendship" is over. It's time to pay for all the nastiness and all the damage you have done to Russia.

And since Russia has nothing much to take from the "ancients", Russia should simply leave the "great and invincible" together with their "antiquity" and ambitions. Let them deal with their neighbours themselves, without Russia.